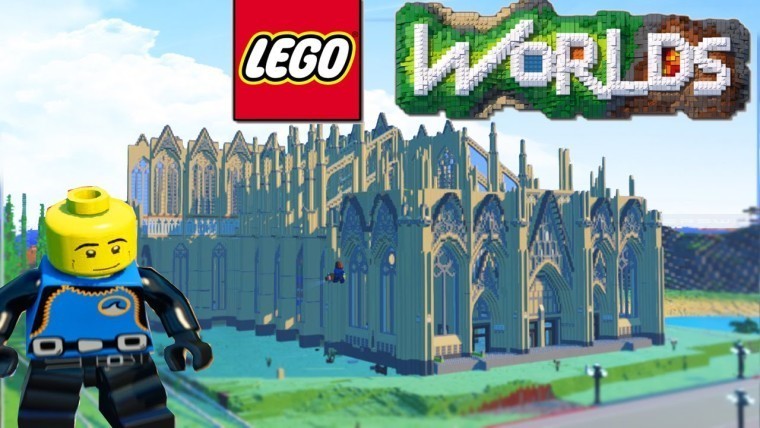 LEGO Worlds, an open-world sandbox game which uses random generation to create an environment and gameplay experience similar to Mojang's massively popular Minecraft, has been in beta on Steam's Early Access program since June, 2015.

The game was picked up by beta testers to mixed reviews. But after nearly a year of Early Access beta testing and development, developer Traveller's Tales (responsible for the LEGO Star Wars series of games and its spinoffs) and publisher Warner Bros. Interactive have announced the full-scale release of LEGO Worlds on Xbox One, PlayStation 4, and Steam on February 21, 2017.

LEGO released an announce trailer to promote the game, which you can watch below:

"Build anything. Do anything," the narrator promises, over shots of various LEGO-styled environments - a massive coniferous forest, an expanse of desert dotted with pyramids, a Western-styled saloon town. The trailer also features a number of transportation options, a feature noticeably lacking from Minecraft. Players are seen riding dragons, rally cars, and manta rays across a wide variety of environments.

The official press release details the scope and objective of the game:

In LEGO Worlds, players uncover hidden treasures in environments that range from fun to the fantastical, where worlds come to life with a dizzying variety of vehicles and creatures – from cowboys riding giraffes to vampires scaring Yetis, to steamrollers, racing cars and colossal digging machines. Gamers can embark on a quest to become a Master Builder by helping other LEGO characters along the way – find a sword for a king, protect a farmer from a zombie invasion, or build a home for a caveman. Environments and creations are brought to life in any way fans can imagine, either by building brick by brick, placing down enormous prebuilt LEGO structures, or by using wondrous tools that let you paint and shape the landscape. LEGO Worlds’ online multiplayer functionality allows players to explore each other’s worlds together, create together, and engage in cooperative and competitive play experiences that players can build themselves.

LEGO says it will be concurrently launching a PlayStation 4-exclusive DLC pack featuring characters, vehicles, and weapons from the LEGO Agents line of products.

LEGO Worlds is available now on Steam Early Access for $14.99, but it's advisable to wait a couple of months and pick up the full retail release of the game.