In October, Lenovo started selling the Miix2 8-inch Windows 8.1 tablet to consumers as one of the first such smaller tablets made for Microsoft's operating system. Today, the PC maker announced plans to release a similarly sized tablet made for demanding business users; the ThinkPad 8. 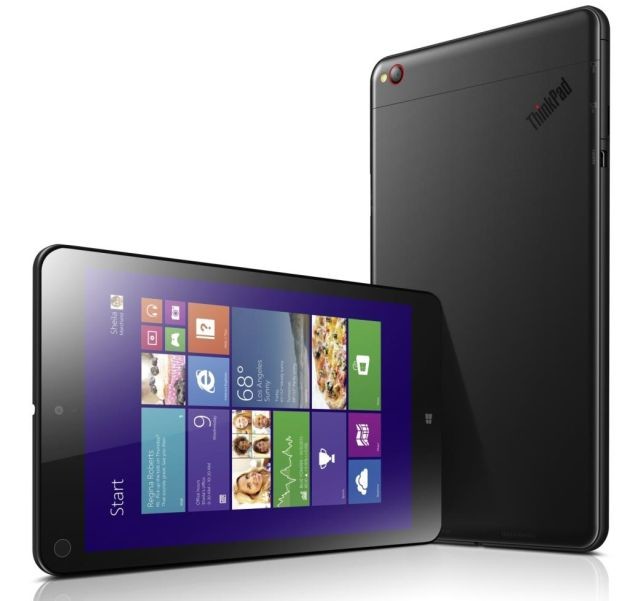 The ThinkPad 8 will have an eight megapixel rear camera and a two megapixel front facing camera. There's also an option to buy a version with 4G LTE wireless support in addition to Wi-Fi. The tablet is supposed to offer up to eight hours of battery life and will include a free version of Microsoft Office 2013.

Lenovo will offer a keyboard dock option for the ThinkPad 8, along with an optional QuickShot Cover that will allow users to quickly peel off part of the covering to expose the tablet's rear camera. The ThinkPad 8 will go on sale late in January for the starting price of $399.