If you've been looking at the latest foldable Android phones and wished you could get that kind of experience on a Windows PC, you're in luck. Lenovo today announced a PC with a foldable display, which won't be shipping until 2020.

The tablet is from the ThinkPad X1 lineup, although it doesn't have an official name yet. It has a 13.3-inch 4:3 2K OLED display, which is a 9.6-inch 3:2 display when folded in half. It runs on Windows and it uses Intel-powered compute, although there will be more on both of those later on.

It also has pen support, along with an IR camera for Windows Hello and two USB Type-C ports. But most importantly, there's a Bluetooth keyboard that you can use with it, so it can be used like a full portable PC.

In Lenovo's press release, the company outlines a full day with the new foldable ThinkPad X1 laptop. You can wake up and fold it into a book while checking social media, and then unfold it and stand it up for hands-free viewing in the kitchen. When you get to your office, you can dock it with a multi-monitor setup, and then take notes with the pen in meetings. You'll be able to open it up at night and stream some movies or TV shows, and then read a book before bed.

Make no mistake; this product isn't meant to be some kind of novelty. This is designed to be a full laptop replacement for tech enthusiasts, highly mobile business executives, and road warriors.

Lenovo has been developing it for three years, and this device has undergone the usual MIL-STD-810G testing that all ThinkPads get. The firm even said that it doubled the hinge cycles that it tests on laptops, because it anticipates users folding and unfolding the device more often.

One last thing that's worth pointing out is that there's no visible crease in the display. This is something that Lenovo worked pretty hard to make sure of.

For those that are interested in the future of PCs, this is certainly an exciting product. It's been a while since we've seen a real new form factor for portable computers, and Lenovo seems to be at the forefront of this. It will be interesting to find out more details about the product over the next year. 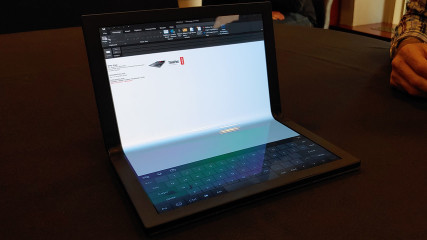 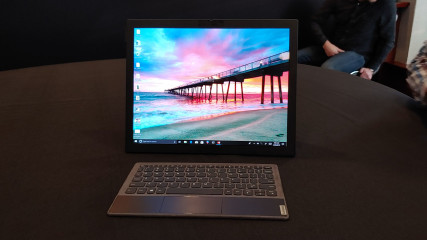 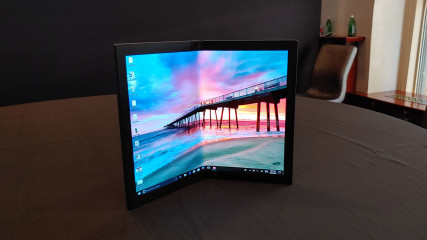 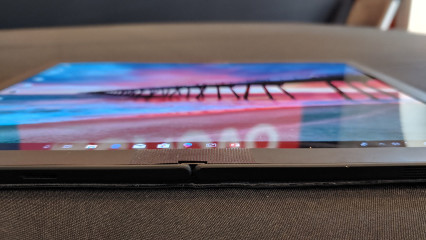 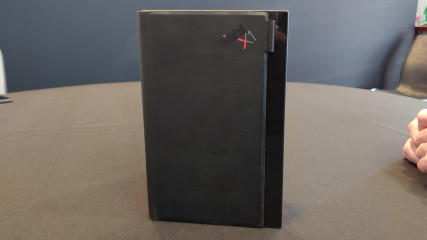 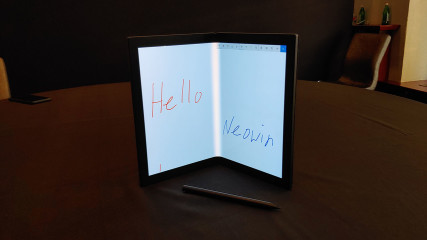 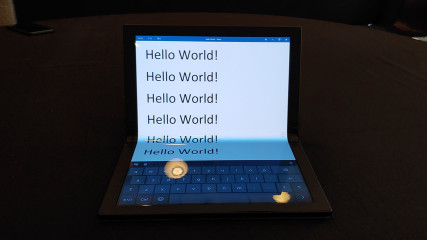 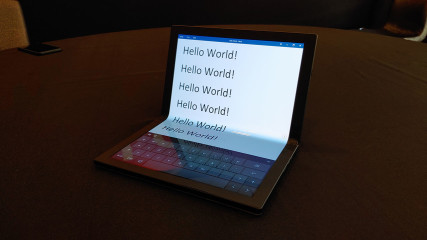