Official specifications and images of the soon to be released Lenovo Yoga 900 appear to have been leaked. German website WinFuture has published leaks which indicate the company has taken on-board heat and battery-life criticisms of the laptop's predecessor, the Yoga 3 Pro.

The Yoga 900 will be powered by Intel's new Skylake CPUs by either the Core i7-6500U or i5-6200U. Curiously, the leaked spec list has these marked as Broadwell-range CPUs. The integrated GPU will drive a QHD+ (3200 x 1800) IPS screen. Furthermore, buyers can choose from either a 256GB or 512GB SSD with memory options available up-to-16GB. 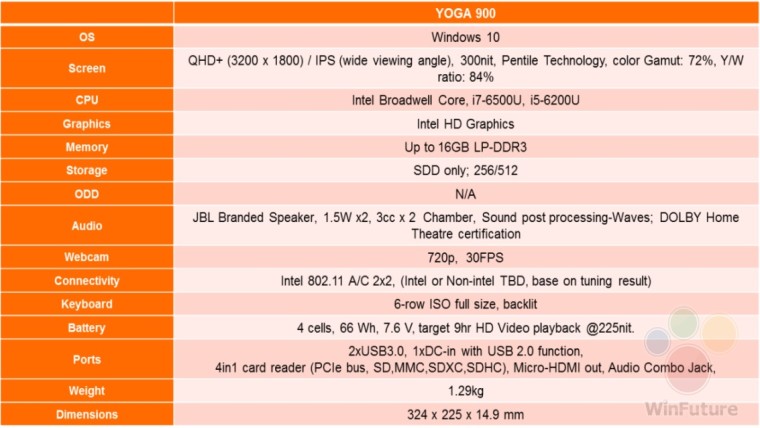 In an attempt to address battery concerns, the device has a significantly larger 66 Whr battery, replacing the 44 Whr battery found in the Yoga 3 Pro. However this comes at a cost. The Yoga 900 is both slightly heavier and thicker, weighing 1.29kg at 14.9mm thick.

A single USB Type-C port will be on board, however it will not be able to charge the device. Instead the laptop will be powered through a separate port that doubles as a USB 2.0 port. The USB Type-C port comes at the expense of the micro-HDMI port on the Yoga 3 Pro. 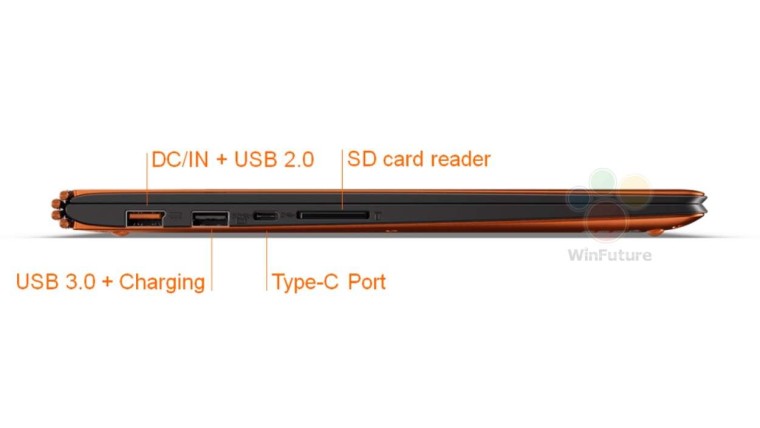 Exact pricing and release date info was not included in the leaks. However it is expected the Yoga 900 will be available in Europe late next month starting at €1,299.