At Lenovo's IFA 2017 briefing today, the company announced a new speaker that works with Alexa, but that doesn't mean that it's ignoring Microsoft's Cortana voice assistant. The firm announced three new Windows 10 PCs that include far-field voice technology: the Miix 520, Yoga 920, and Yoga 720.

The Miix 520 is a competitor to Microsoft's Surface Pro, complete with a kickstand, attachable keyboard, and Active Pen support. It includes a 12.2-inch 1920x1200 LCD, 8GB RAM, 256GB of storage, but perhaps the most exciting feature is that it includes Intel's eighth-generation Core i5 U-series processor, which is quad-core.

The flagship of the trio of PCs is the Yoga 920 though. It also includes Intel's eighth-generation 'Kaby Lake R' chips, but it goes up to a Core i7. The 13.9-inch display is available in 1080p or 4K, and the bezels on the sides are just 5mm. It also includes JBL speakers with Dolby Atmos audio, so it will sound awesome, and it's one of the first convertible PCs to include it.

The Lenovo Active Pen 2 supports up to 4,096 levels of pressure sensitivity, and the device includes two Thunderbolt 3 ports, meaning that you can connect to two 4K displays or one 5K display on a single port.

But while the Yoga 920 has an all-metal design, it's also being offered with limited edition Gorilla Glass Star Wars covers, in Rebel Alliance and Galactic Empire flavors.

Finally, the Yoga 720 features a 12.5-inch FHD display, along with 4GB or 8GB of RAM and 7th-gen Intel processors (dual-core). It includes Dolby Audio, but with Harman speakers, and like the above PCs, it has far-field voice technology that even works when the laptop is closed. 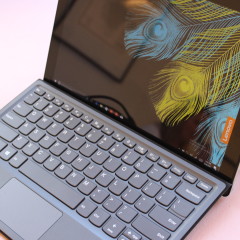 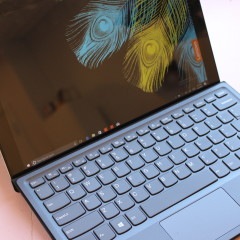 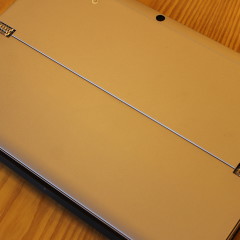 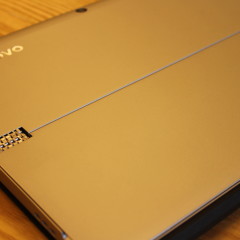 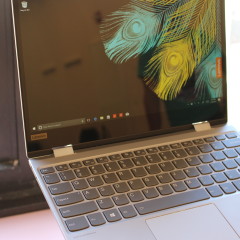 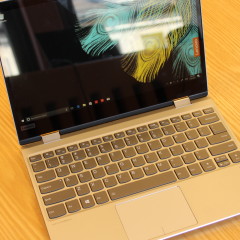 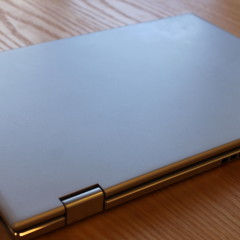 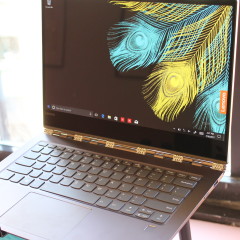 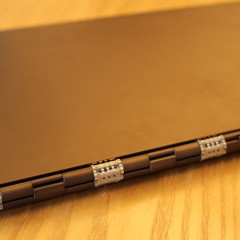 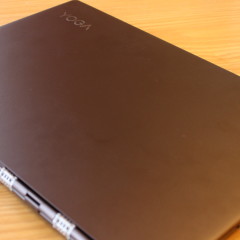 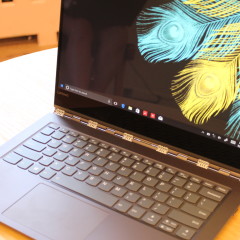