Two years ago at IFA 2016, Lenovo introduced the Yoga Book. The convertible device was billed as a tablet, with a screen for a keyboard that allowed you to put paper on it and draw. You could easily toggle between having a keyboard in that space and having a drawing area.

We reviewed both the Android and the Windows 10 flavors, and they both came with their share of problems. But today, Lenovo introduced its second-generation model, the Yoga Book C930, solving a number of issues.

The Yoga Book C930 only comes with Windows 10, and it now has an E Ink display as a keyboard. Lenovo promises improved haptics and different animations, for a better typing experience. Instead of just regular vibrations, it feels a bit more like you're typing on a key.

You can also use the E Ink display as a PDF reader. You can clip bits of the file as well, saving them in OneNote. Lenovo didn't comment on possible partnerships for e-book services.

The screen size is bigger at 10.8 inches now, with a 2560x1600 resolution, and it now charges via USB Type-C instead of micro-USB. Other than that, the chassis is pretty much the same, with a watchband hinge and coming in at 9.9mm thin.

The Lenovo Yoga Book C930 comes with Intel's seventh-gen Y-series Core processors, a huge improvement on the Atom processors of the first generation. Unfortunately, it's not the eighth-gen Y-series chips that Intel announced a couple of days ago. 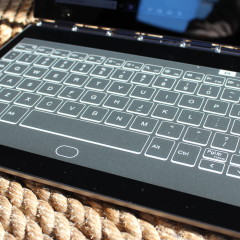 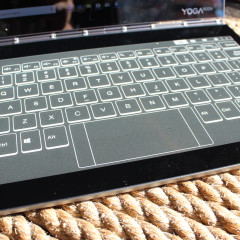 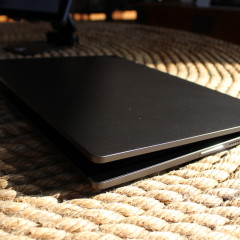 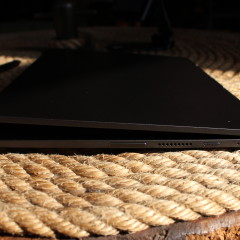 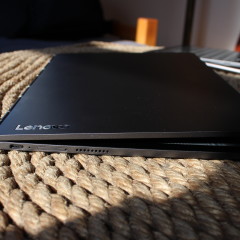 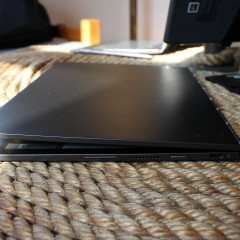 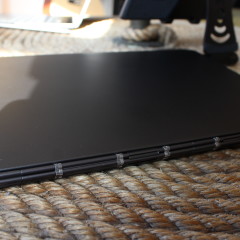 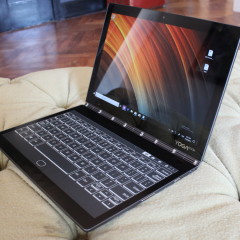 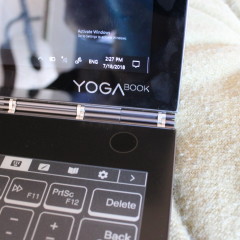 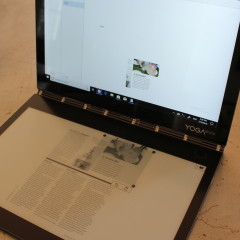 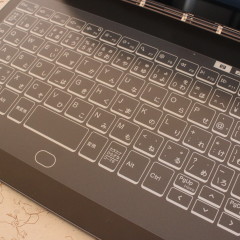 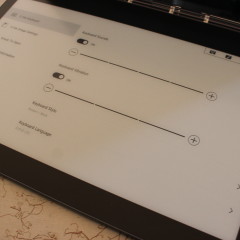 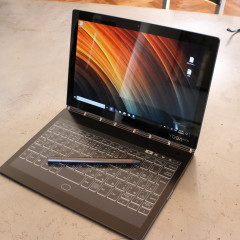 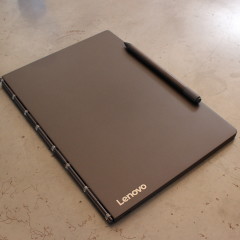 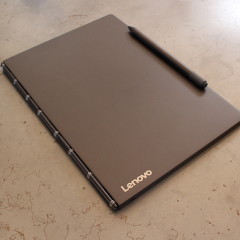