Today LG unveiled their new line of 2010 products. There were many products announced including a new line of Infinia TVs that show off LG's direction for their 2010 offerings.

The new flagship brand of LG TVs are dubbed Infinia and boast a thin bezel, slim design, and enhanced connectivity. The models are the LE 9500, LE 8500, and LE 7500 with the 9500 being their top model. The 55in and 47in LE9500 are the first models available from LG that are 3D ready. LG also announced other LED based TVs as well as some CCFL that will presumably fill in the pricing tiers as the Infinia line will be the most expensive.

All of LG's LED TVs will boast a wide array of connectivity, everything from their LE 9500 down to their LE 5400 series will be able to connect to Napster, Yahoo Widgets YouTube, Vudu, Netflix and new for 2010 is the ability to make Skype video and voice calls; separate equipment is needed for the calls.

LG is also expanding upon their Netcast offerings which will allow for wireless 1080P video transmission. They claim that you can transmit 1080P video stream up to 98 feet which should make connecting cable boxes, Blu-ray players, and other devices much simpler with their "media hub". The Hub has a receiver that connects to the back of the TV that will receive the stream from the hub and should make instillation a much less painful process. The "media hub and adapter will be sold separately but the price has not been disclosed.

And finally on the TV front they showed off a new OLED prototype that boasted incredible thinness and specifications. While the details are slim the TV shows the direction for LG and the advancement in TV design and possibility. 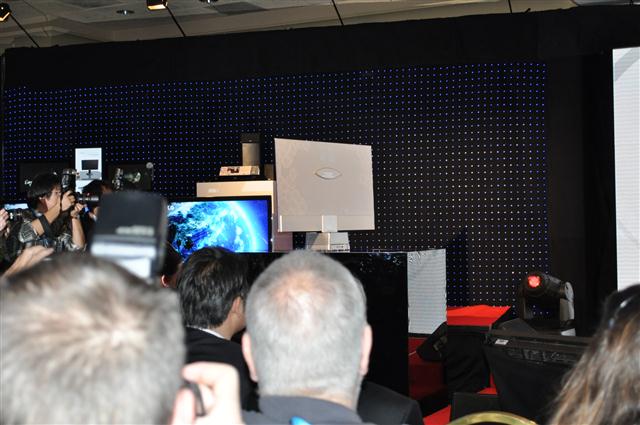 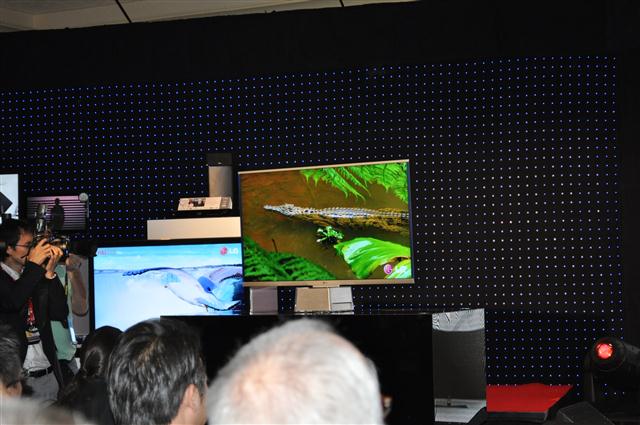