The LG G5 launched at MWC 2016 with some extra flair thanks to its accompanying modular accessories. Although the G5 launched a couple months back, LG's "Friends" have been a little harder to get a hold of with very few local stores offering them. Luckily, our friends at MobileFun have been able to send a few our way and today we will be giving you a look at the LG Cam Plus.

The LG Cam Plus is probably one of the more interesting "Friends" that LG has created for the G5. The G5 has a wonderful camera, and adding an additional battery, a physical camera grip and some physical controls seems like an overall win for those that use their mobiles for heavy shooting. 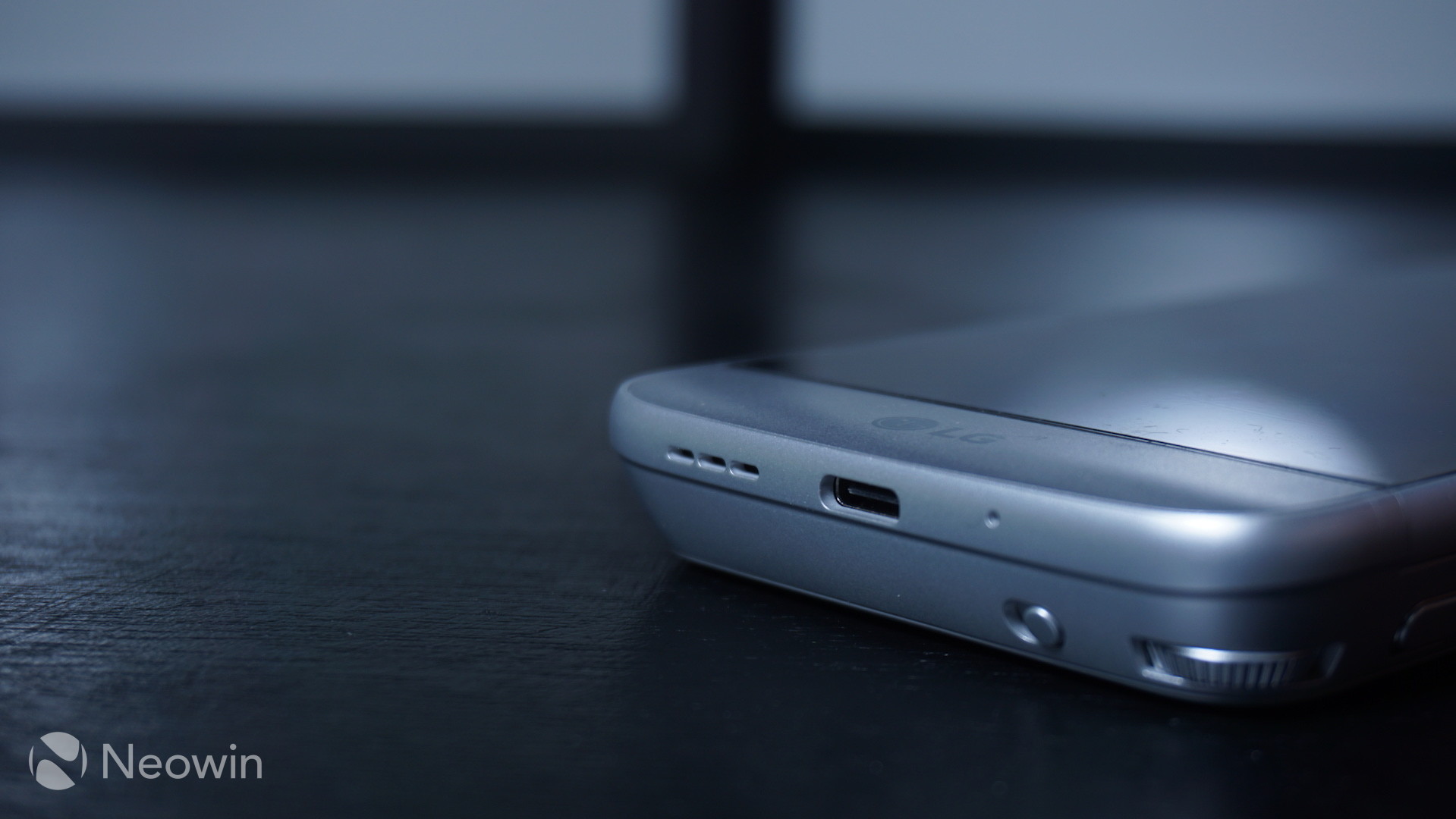 The LG Cam Plus is a beefy piece that measures in at 2.91" x 2.42" x 0.63" and weighs 1.95 oz. For the increase of size and weight to the G5, the Cam Plus offers a 1200mAh battery, molded grip, and camera controls that include: an on/off button for the module, a zoom wheel, camera shutter and video record button. The module is made from plastic and offers a textured area in the front, and a USB Type C connection, a speaker grill and a mic hole. 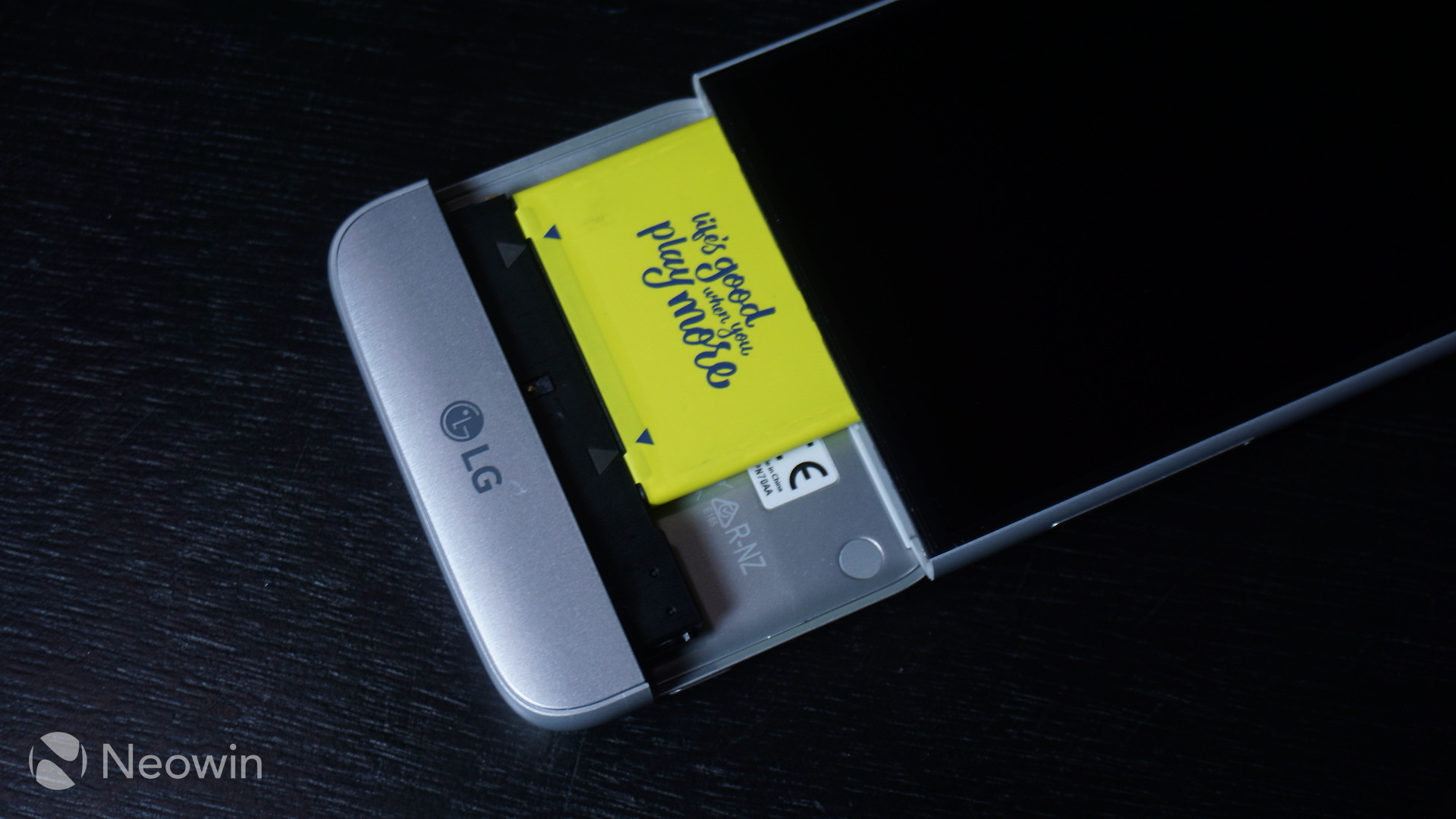 So how does this camera grip module work? For starters, you'll want to charge it, which can be done either on its own or when connected with the G5. The module does offer a LED indicating when the unit is charging, so when it hits green, you'll know you're good to go.

To start using the camera grip, you'll need to remove the bottom portion of the G5. This module, despite offering an internal 1200mAh battery, cannot power the handset without the standard battery being in place. So you'll need to undock the battery and snap it into the Cam Plus module. Once that's complete, you can slide everything back into the G5 and power it on like normal.

While you can just start using the Cam Plus, it is recommended to update the software via the LG Friends Manager. As of this writing, the Cam Plus app version is updated to version 5.0.3. 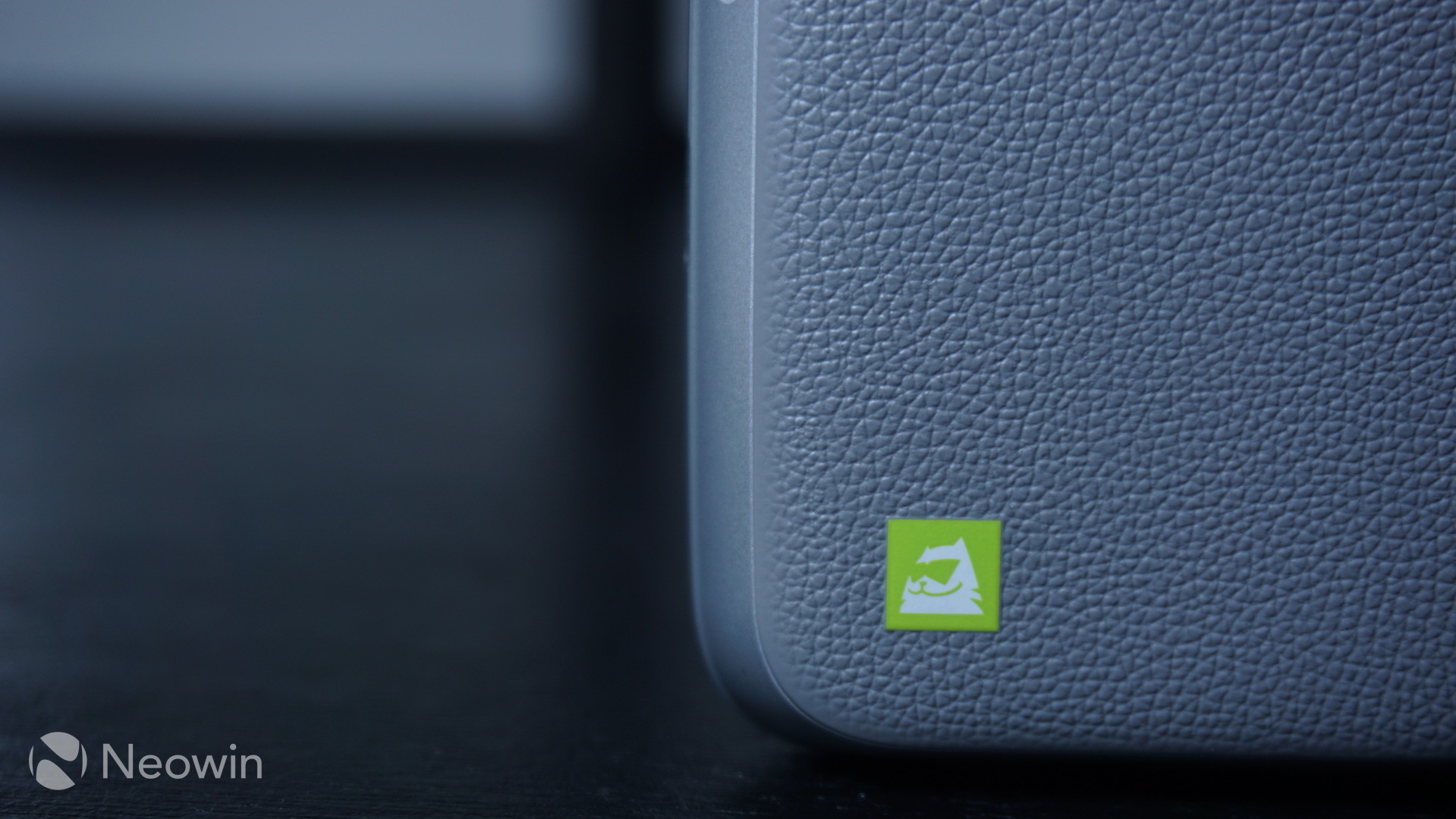 As mentioned before, the premise of the Cam Plus is simple - first and foremost, it is supposed to emulate a camera grip that can be found on most middle to higher end cameras. The problem is that the Cam Plus module's camera grip is far too shallow, making it difficult for any kind of grip to be achieved. Although there is a textured back, it's constructed of the same hard plastic material as the rest of the module and isn't conducive to griping. In other words, the main function of this accessory - making it easier to hold the camera steady and get a good shot - is broken right out of the gate. 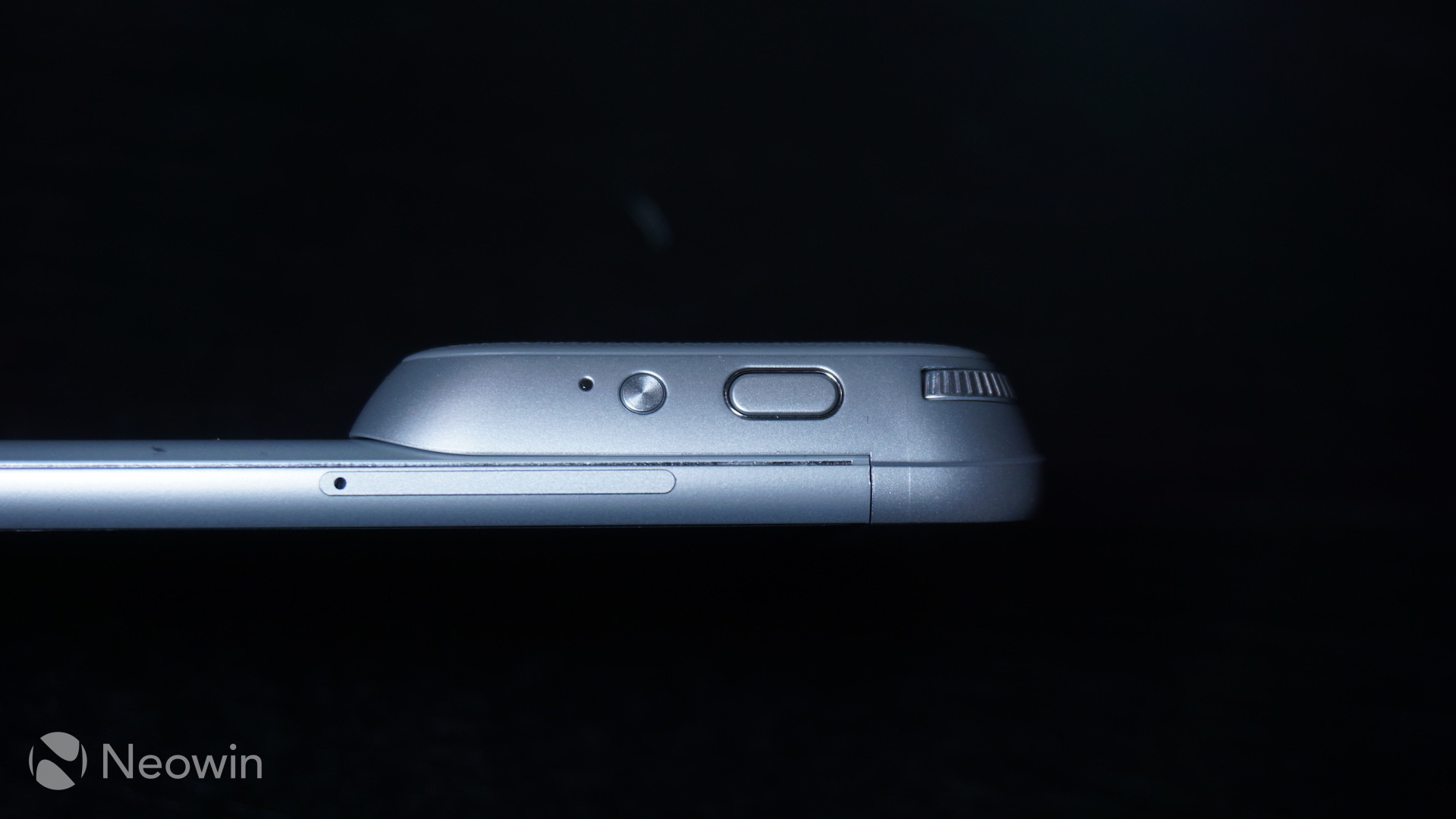 As for the additional controls that the grip offers, the positioning is far from comfortable, making one handed shooting and utilization of the controls difficult. To feel truly comfortable, most users will need to shoot with two hands, which allows for better access to the shutter button and the zoom wheel. While the shutter button doesn't feel quite as distinct as I'd like it to, the real issue might stem from the fact that it is less versatile. When shooting with the physical camera button, when you half-press to focus, the camera will always set its focus to the middle. Although this might not be a problem for most, it would have been nice to see the software be a bit more versatile, adjusting focus depending on the scenario, instead of always defaulting to the center. The again this is a software issue, not a hardware one, so maybe an update or even a third party app may make for a better experience. 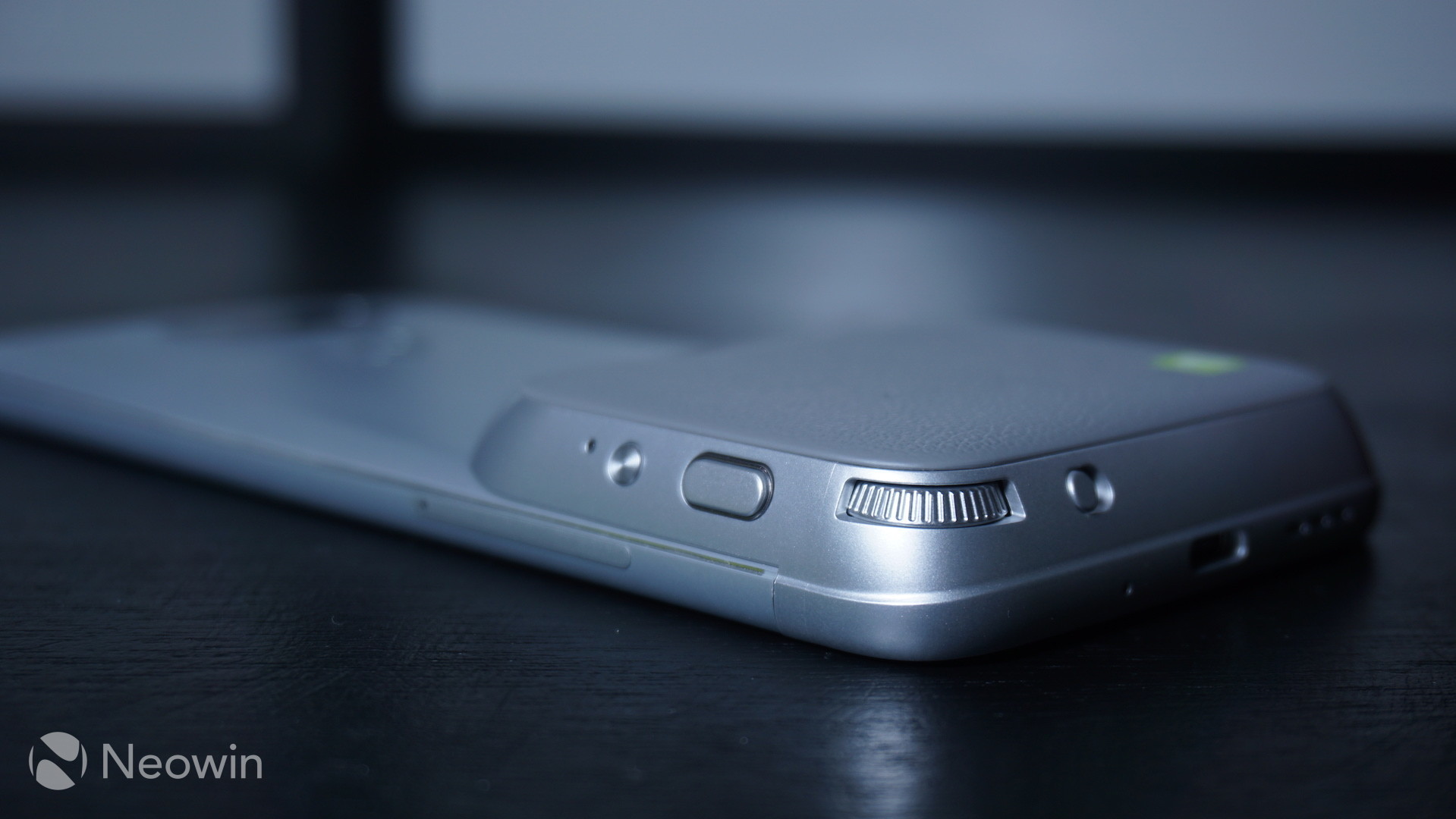 The zoom wheel will be subjective, as the preference for smooth scroll versus a notched experience will come into play. The zoom wheel on the Cam Plus offers smooth scroll, and is a bit too loose for my liking. You don't really get a sense of how much you need to spin the wheel in order to zoom, making finer adjustments difficult to gauge. There is also the issue of texture on the wheel, as grooves don't provide enough tactile feedback to distinguish itself from the bezels of the phone or camera module. 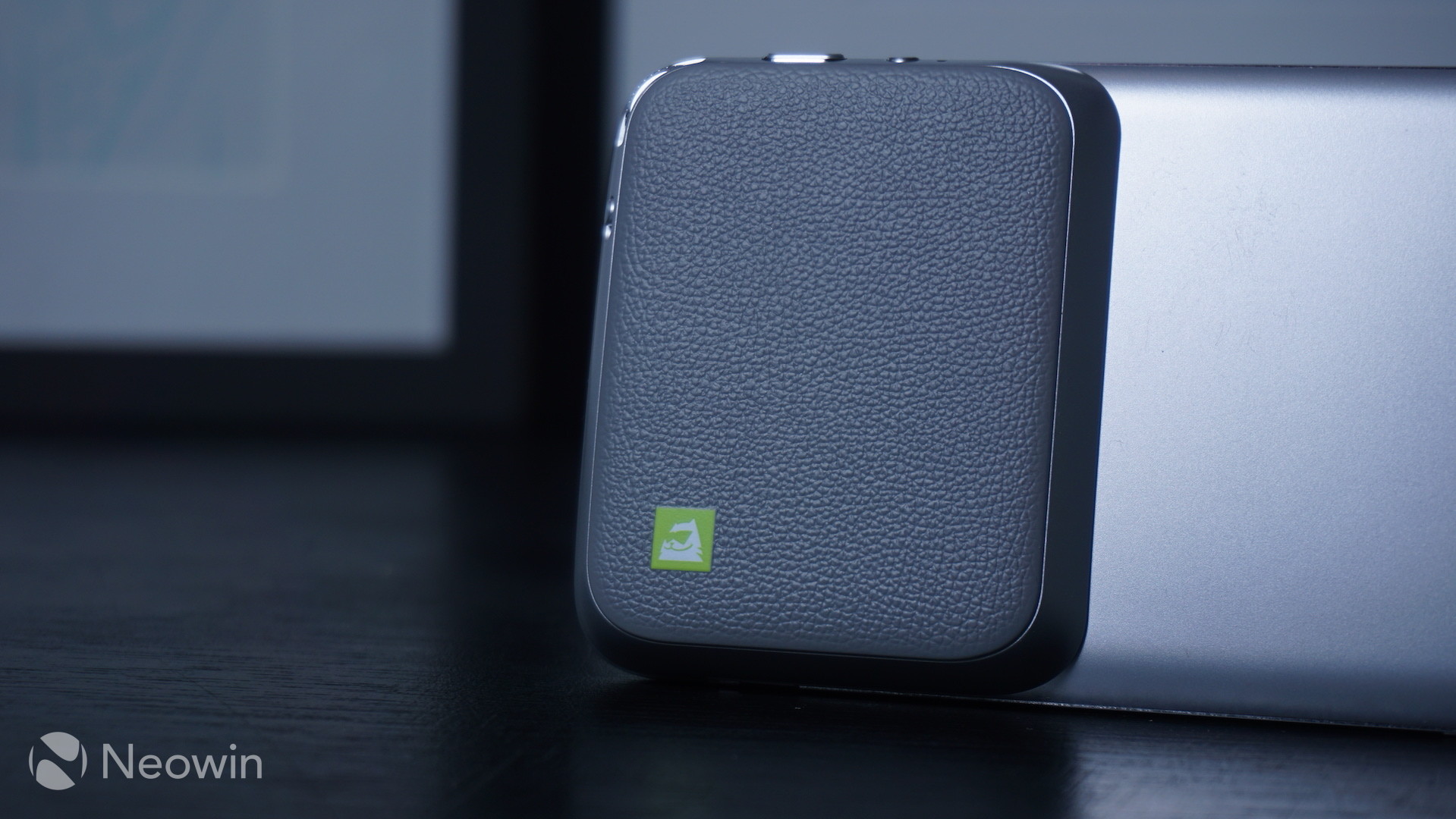 Another issue I've found is that the added weight and girth of the module are supposed to be counteracted with the fact that this thing packs a 1200mAh battery. While this would normally be of great use, LG has managed to deliver the power in a unique way that most may not find helpful.

The Cam Plus offers an on/off switch, and for the first couple uses, I'd assumed that engaging this switch would turn on the module and deliver power to the G5's battery pack. But, after some extended use and not always finding the module cooperating, I discovered that the unit actually only charges for a short period (around 5 min.) when the on/off switch or the camera is activated via the shutter button on the module. If you want to continue charging, you'll need to reactivate the pack by pressing the previously mentioned buttons. Essentially this is designed not to charge your phone, but to keep your G5 from discharging while you're taking photos.

While it makes sense in the grand scope of how this module is intended to be used, it is a bit convoluted in the end.

I had high hopes for the Cam Plus, but its nonsense grip and LG's implementation of the extra battery has led to a disappointing product. What adds insult to injury is the fact that LG has sacrificed the design and build quality of the G5, in order to accommodate for this inferior accessory.

If LG is going to offer an updated version in the future, it might want to consider a better grip, a battery that has a bit more flexibility, and a status light for the power level of the grip's battery. Simply put, the Cam Plus isn't an accessory that deserves your time or money.

I'd like to extend a big 'Thank You' to the folks at MobileFun who supplied the LG Cam Plus for this review. If you are interested in purchasing this device, you can pick it up from MobileFun UK for£79.99.