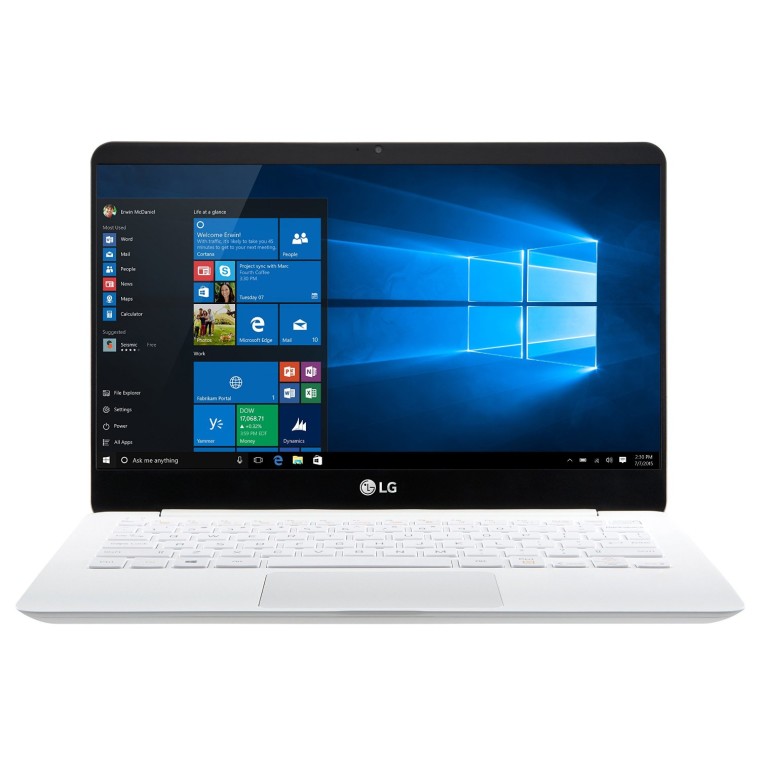 A new range of Microsoft Signature edition laptops has been released today, produced by a new competitor in the Windows market, LG. The launch edition is named the Gram Ultra, where three different models are offered to the U.S. audience - available through the Microsoft retail stores and Amazon.

The main features we expect to see on new laptops running Microsoft's latest operating system are surprisingly vacant. While the Gram lacks a touch screen or a RealSense camera - to take advantage of the touch friendly capabilities in Windows 10 - it makes up for it in its tried and tested classic laptop features. The laptop, which takes pride in being a Signature Edition, does not come with bloatware some companies include with their products.

The Gram is packed with compact dimensions, a 1080p IPS display, 8GB of DDR3L SDRAM and a 128GB SSD for the base version. It also enjoys a 'Snow White' color and a magnesium alloy on the exterior. The device is slightly similar to Apple's Macbook Air, as it is no larger than the 13-inch edition of the latter.

The name 'Gram' can be pertained to the rather impressive weight of the laptop. The device weights in at 980 grams, which makes it lighter than Apple's 11-inch MacBook Air. However, it has been reported that the laptop suffers from flex issues when resting the Gram on a surface, despite the magnesium alloy.

It is important to note that LG decided to use the 5th-generation Intel Broadwell chipset for the behind-the-scenes processing power. This reportedly has a negative impact upon battery life and general performance, as the Gram failed to last its acclaimed 7.5 hours during testing. The omission of the latest Intel Skylake chips is also disappointing, as well will probably see OEM partners like Acer and Lenovo adopt the technology.