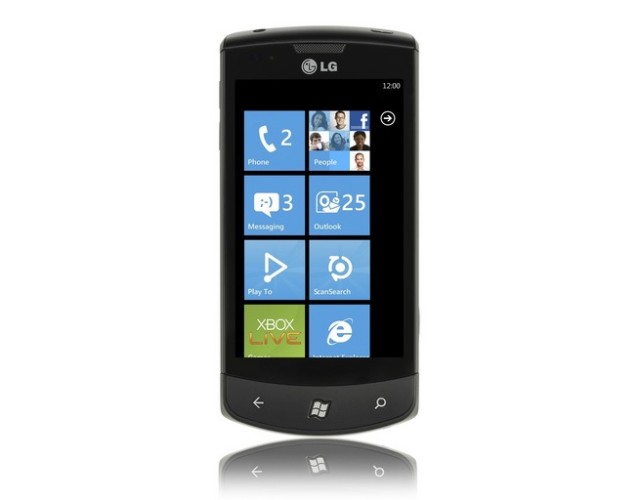 One of LG's Windows Phone 7 devices

When Windows Phone 7 launched, it was a new OS in a highly competitive market. As Windows Phone was the new-comer, it had a long way to go before it could win the hearts and minds of consumers. In fact, Windows Phone 7 was mostly used by early adopters and its market share was extremely small. Because of this, LG made the decision to no longer make Windows Phones and focus on Android devices.

But that's all about to change as an unnamed LG device has been spotted in AdDuplex's data. For those who are not familiar with this company, every month they release Windows Phone statistics based on the advertising network. And for the month of July, a small teaser has been released, the LG phone.

Alan Mendelevich, the founder of AdDuplex took to Twitter today to let the world know that his firm is now seeing LG Windows phone data in their statistics. The phone, referred to as the D635, is running Windows Phone 8.1, has a 720P display and a 5in screen. Based on those light specs, mostly the 720P, we would think that this is likely a mid-range phone.

We should point out that just because this data has shown up, does not mean that LG is about to release a phone; It could be an internal prototype that may never be released.

We will be curious to see how LG plans to differentiate itself from other Windows Phones on the market. Seeing that Microsoft's own range of Lumia's cover all price points, they will not be alone in the segment.

This is clearly a good sign for Microsoft as they are seeing more vendors move to the platform. While we suspect that Microsoft cutting the royalties on the mobile OS likely has something to do with it, the more Windows Phone devices Microsoft has on the market, the better their chances for gaining more market share of the mobile category.