LG has announced that it will launch ThinQ home appliances at IFA 2019 which will come with Amazon Dash Replenishment directly integrated. The firm plans to bring Dash Replenishment to its dishwashers, refrigerators, and air purifiers. With Dash, users can order frequently needed items at the touch of a button from Amazon.

The service will initially come to dishwashers but will come to other appliances later on. These products will be launched in several European countries such as France, Germany, Italy, Spain, and the UK from this autumn. The launch follows the successful roll out of Dash on LG appliances earlier this year in the United States. 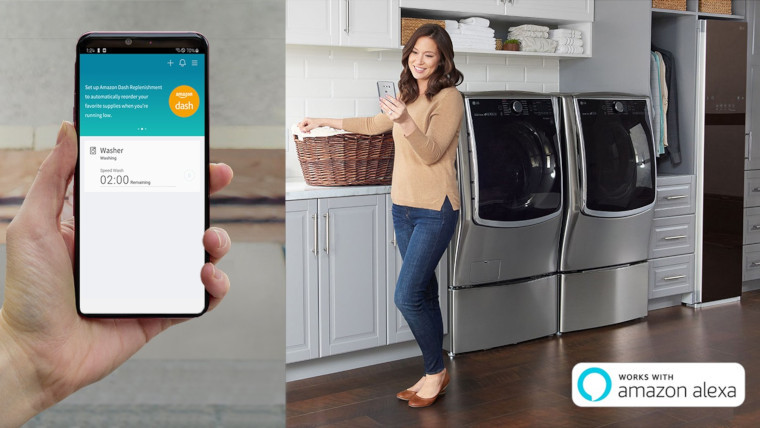 “We are thrilled to present our ThinQ lineup with Amazon Dash Replenishment for the European market at IFA 2019. Combining our industry-leading products with value-added services continues to be a strategic priority in order to create a smart home that allows customers to spend less time on chores and more time on what they enjoy.”

LG will be showing off its ThinQ products with integrated Amazon Dash Replenishment at IFA 2019. The event runs from September 6 – 11 and LG’s booth can be found in Hall 18 of Messe Berlin.