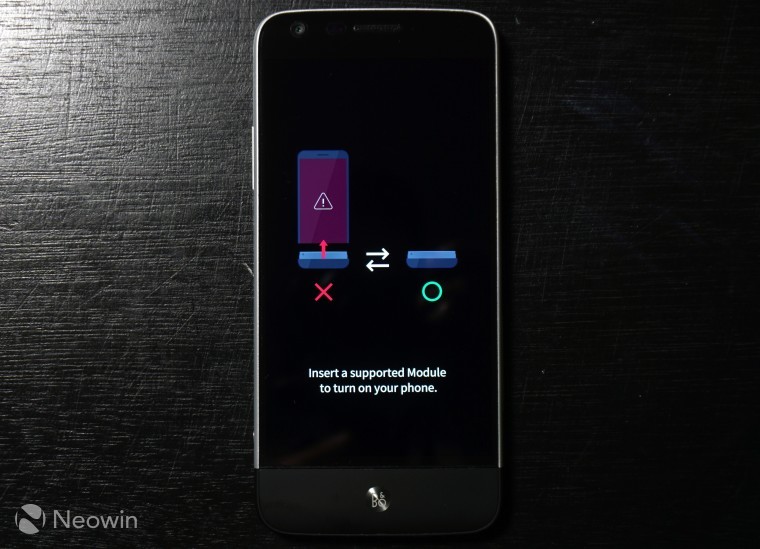 LG has touted their 'Friends' modular accessory line for the G5 since MWC. Currently, there are a total of four available modules - but one may not work with your G5 if it was purchased in the United States.

While more testing still needs to be conducted, in our initial findings, LG's Hi-Fi Plus with B&O PLAY does not work with T-Mobile's LG G5 (model: H850). So what happens when you try to use an unsupported module? After swapping the battery to the Hi-Fi Plus and sliding into the G5, you'll be greeted by the message "insert a supported module to turn on the phone", and that's pretty much it.

As mentioned previously, we will need to conduct more testing by trying the Hi-Fi Plus module on different U.S. models (AT&T, Verizon, Sprint, etc) of the G5. While it is disappointing and a bit perplexing that such an accessory would be region locked, it should be noted that LG's U.S. site does not list or show the Hi-Fi Plus, and this lock could possibly be removed with a future software update.