In almost every trilogy, the second part is the best. It doesn't have to set up the story like the first one and it doesn't have to worry about ending the series on a high note. Like a middle child, it can maintain mystery as well as have a certain sense of panache. (Of course, this has nothing to do with the fact that I'm a middle child. This is why I was highly anticipating the second episode of Life is Strange: Before the Storm. It did not disappoint.

**This review contains a few spoilers from the first episode. Reader discretion is advised.** 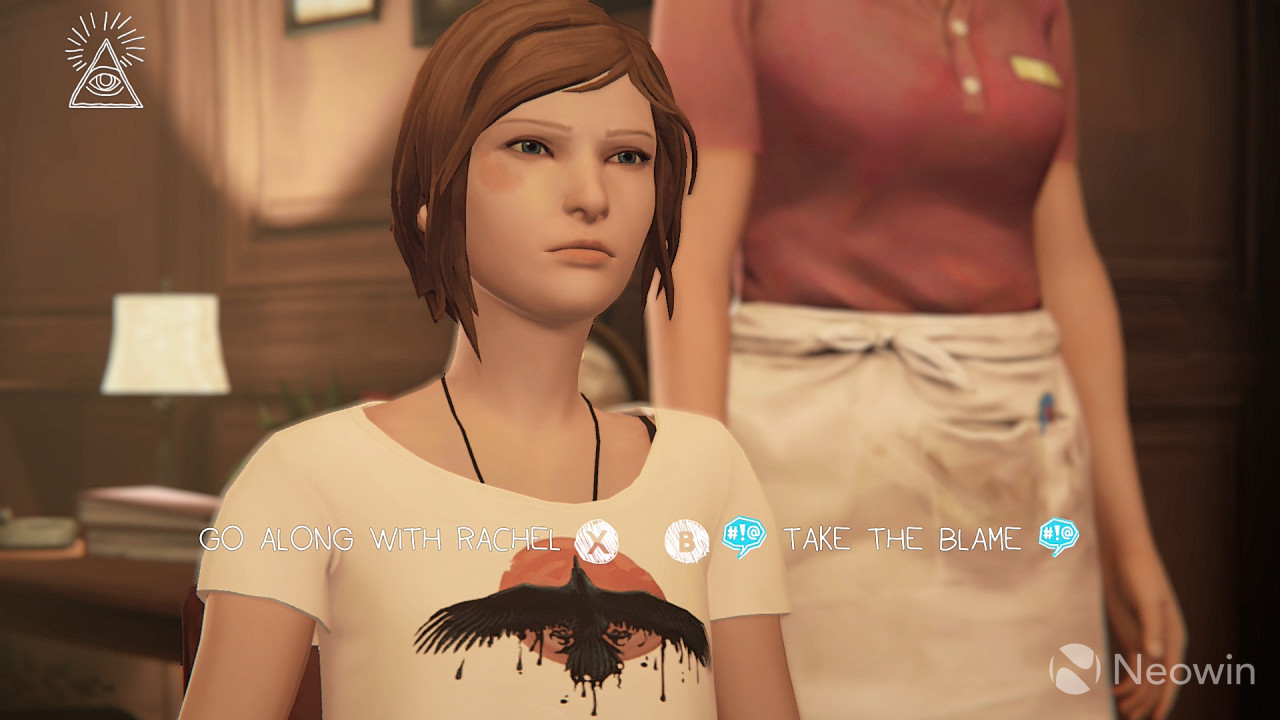 After Rachel burns down most of the flora in Arcadia Bay and screams bloody murder, she and Chloe are reprimanded by Blackwell's Principal Wells for having skipped school the previous day. This doesn't end well for Chloe. For Rachel, however, things turn out different. Her clean record saves her from suspension but, her actions may take away her role in The Tempest - the school play that's supposed to happen the same night. This also serves as a commentary on how prejudice can easily cloud our judgments. Everyone was willing to believe Chloe was the perpetrator without much evidence. 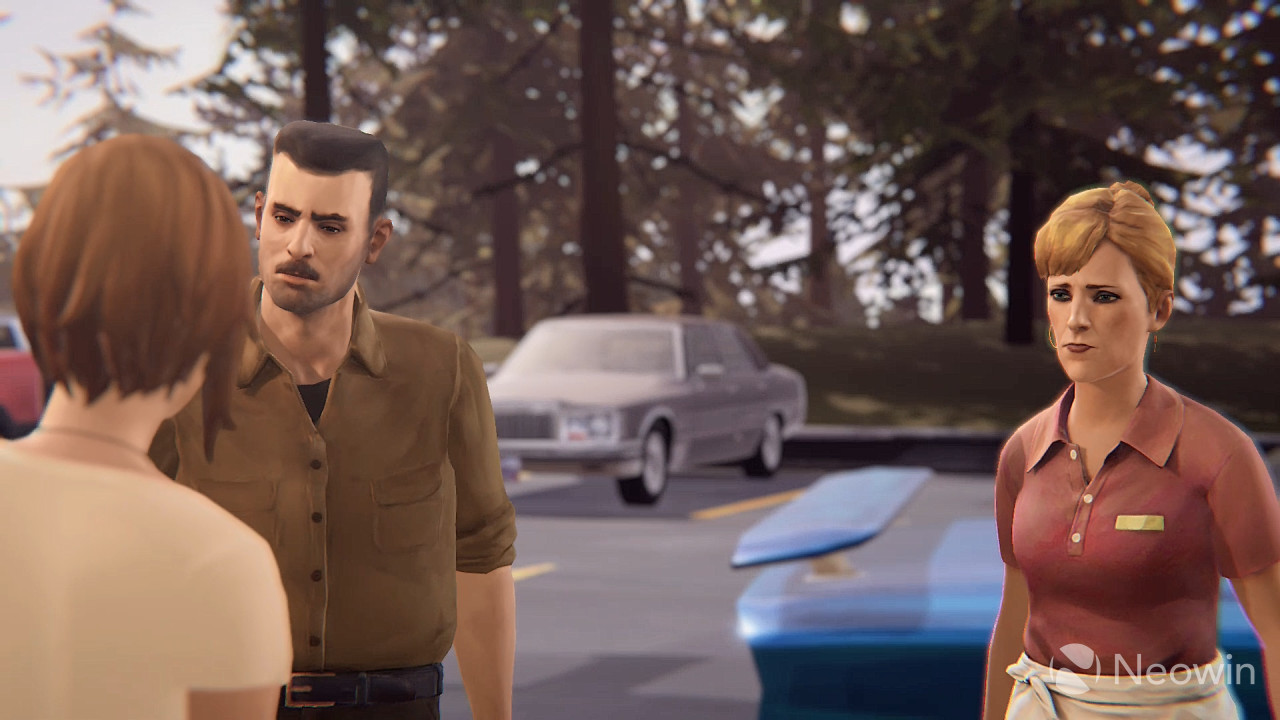 In any case, Chloe's "fate" in the meeting escalates into a heated argument with her mother and David, her mom's boyfriend who has announced that he is moving in with them. She feels as if everyone and everything that she's cared for is somehow betraying her. This leads her to act out and leave. She goes to the only place that she feels is still her own, the junkyard. Her relationship with her mother turns more strenuous and she never goes home for the rest of the episode. They do communicate via text messages throughout the game, though. Once at the junkyard, Chloe sees her father in another one of her dream-nightmare fugue-like states and is visibly distraught. There are many references and scenes of fire throughout the game, sometimes as the main focus and at others, in the background.

She is awakened by Rachel. Each of them pretends to be the other's therapist and, in turn, they grow closer to each other. Their relationship no longer feels rushed, even though they've known each other for no more than a few days. 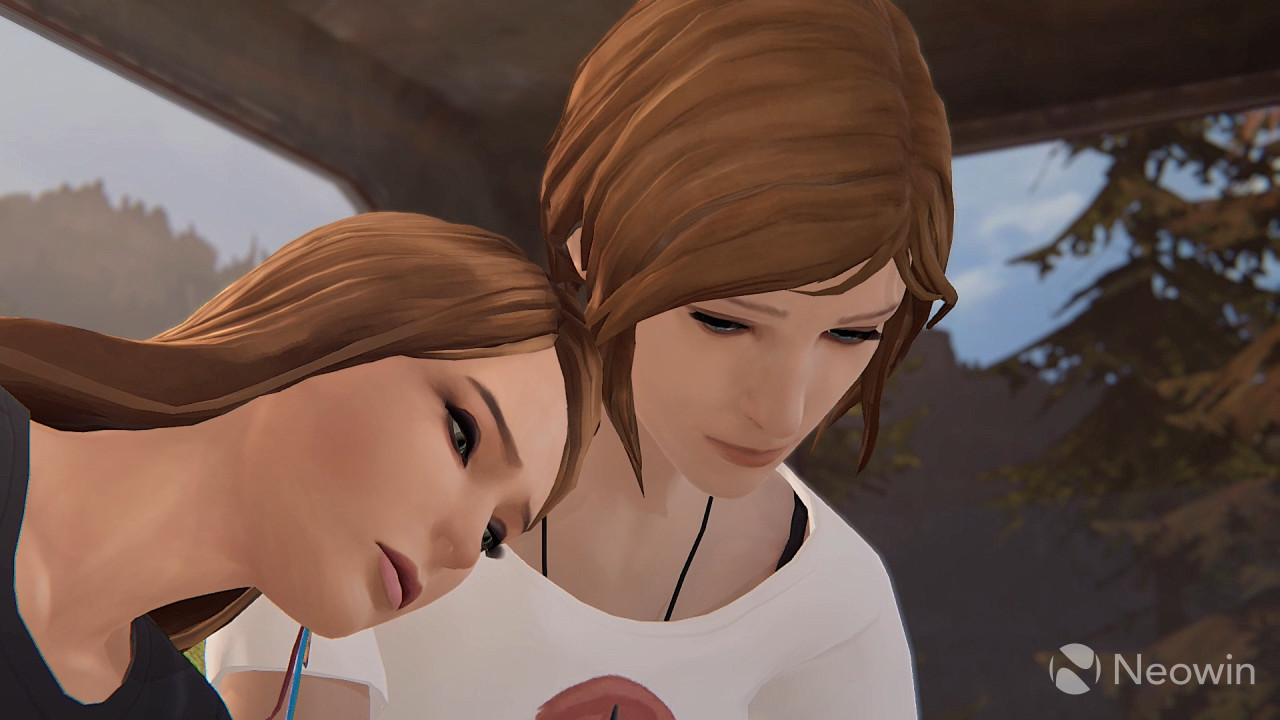 Soon, Rachel has to leave for the play while Chloe has an appointment with her drug dealer, Frank Bowers who gives Chloe a "collection job". The job goes awry and Chloe is faced with a dilemma that will come back to haunt her in the next episode. Then, Chloe leaves for The Tempest. Backstage, we see a lot of events unfold that provide more dimensions to the supporting characters. Nathan Prescott - the reclusive "spoiled" brat, for instance - is seen fighting his own demons. He has to deal with his domineering father, the fear of living up to his last name all while dealing with bullies. This is an incredible development for the game. To show troubled people as not just the sum of their worst qualities, but as the product of their circumstances, is the biggest strength of this game. 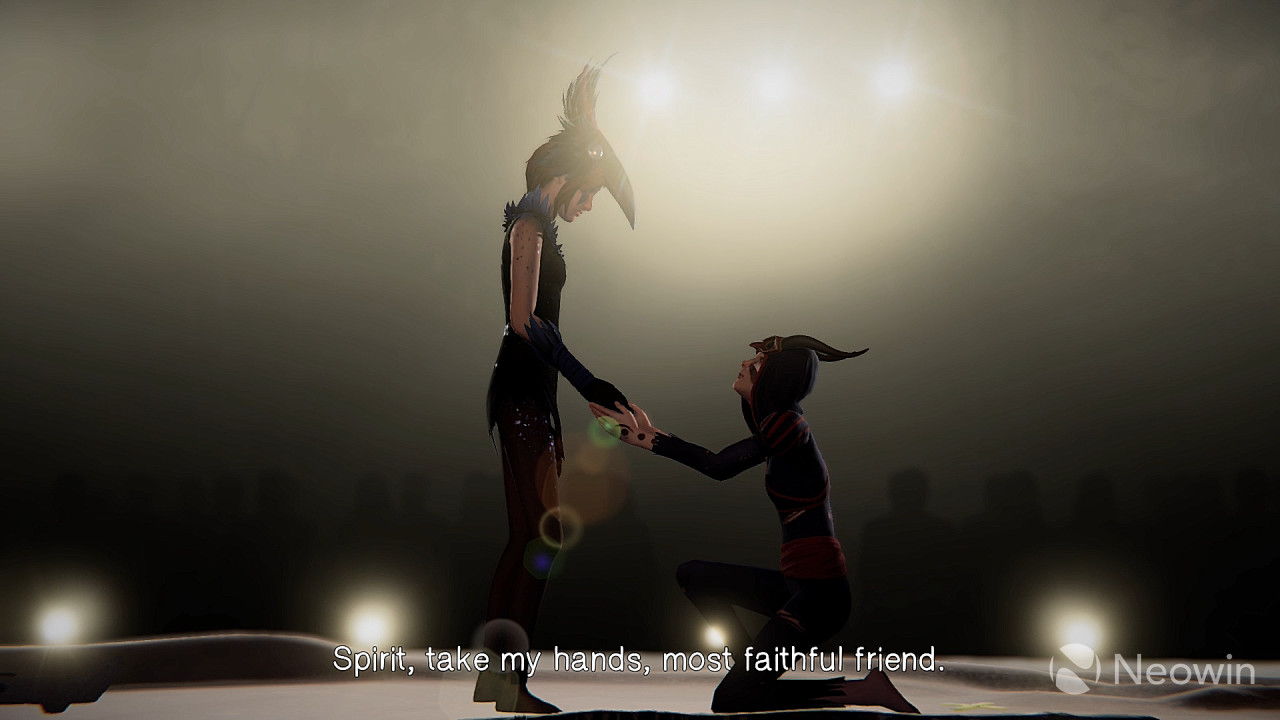 Further events transpire to put Chloe on stage, acting in the play (with a little nudge from Rachel). Her sloppy acting was pretty much how I would expect her to do it. It was hella entertaining, though. Near the end of their scene, we see a real off-the-cuff moment shared by our two female protagonists, which turns into an indelible freeze-frame for their relationship.

Later, they end up at the Amber residence. This is also the first time that Chloe has a one-on-one with Rachel's parents who are, unsurprisingly, not fond of her. On being cornered, Chloe agrees to have dinner with the Ambers. The game ends on a bombshell of a cliff-hanger that stands to turn everything on its head. However, I was more interested in the conversations between Chloe, a rebel, and Mr. Amber, a "model" citizen. Their philosophies, prejudices, and hypocrisy provided a great commentary on what our society deems acceptable. Needless to say, I await episode three impatiently. 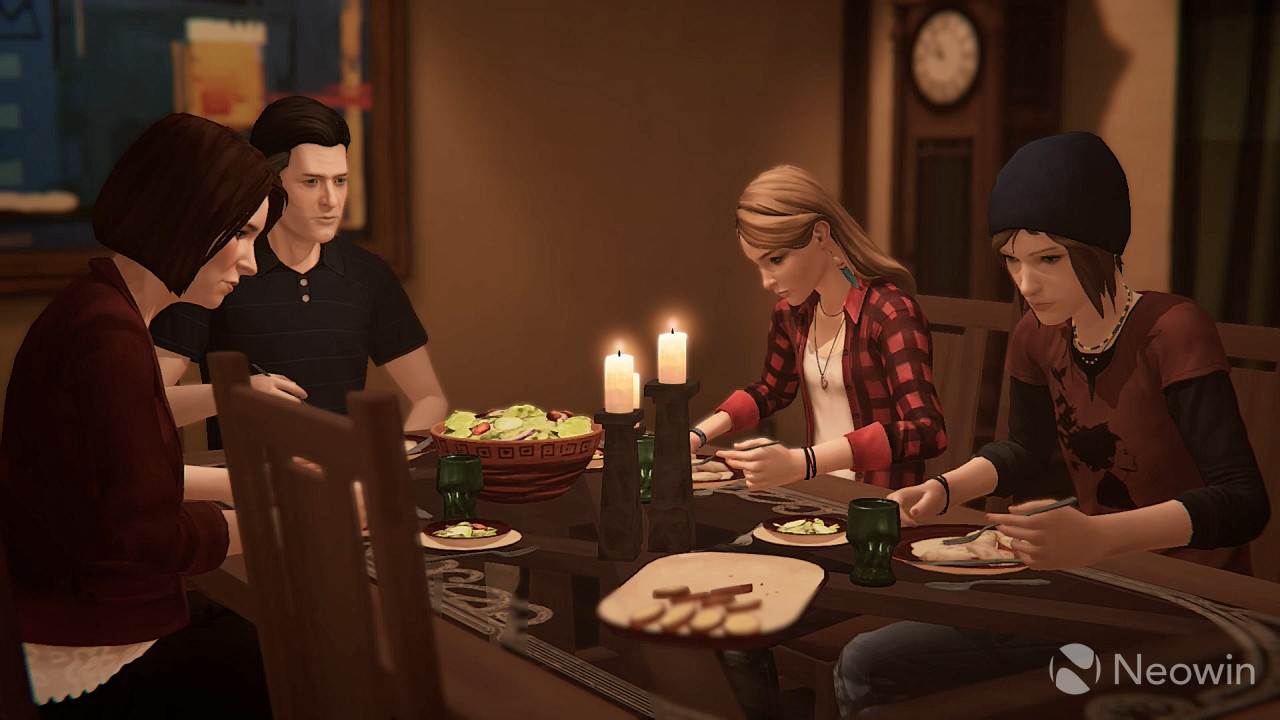 There isn't much to say in terms of animation or gameplay as the new episodes have barely touched on the formula that the original came up with. I do wish, however, that the facial expressions were a little better. I found the voice-over to be excellent, but facial expressions of the characters often undercut the emotion being portrayed.

One huge takeaway for me, though, would be the music. It's hauntingly beautiful and resonates with you. Music was my only complaint about the first episode, and I am glad that this episode improved upon it. 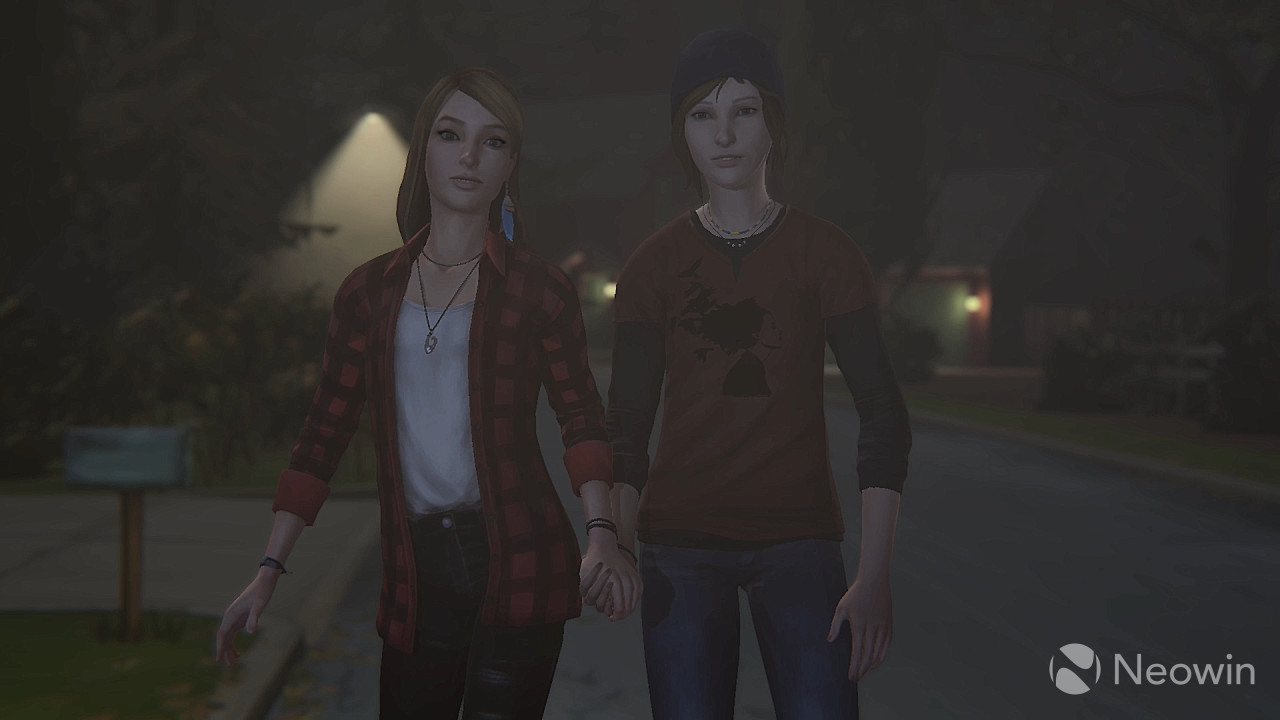 The amazing feature of this particular episode is that it delves deeper into other supporting characters. Rather than the one-dimensional personalities we are often presented within the media, we get to see the other side of the coin. Drew, for example, was shown as a jock and a bully in the first episode, but here we get to see him in a different light. His concern for his unemployed father as well as the overprotective nature of his love for his brother makes him more human than simply a caricature to further the plot of the game.

In two different instances, the episode reminds us that people are more than what they put on display. Frank, when talking about Drew, tells Chloe that "people are never just a type" and Samuel, the school groundskeeper, reiterates the same point later on in the game. Similarly, Nathan has his own struggle. His money or name doesn't make him immune to bullying or from an overbearing father. This episode was particularly exceptional for exploring these issues while at the same time moving the story forward. It doesn't feel forced or even uncomfortable. It just organically falls into place. 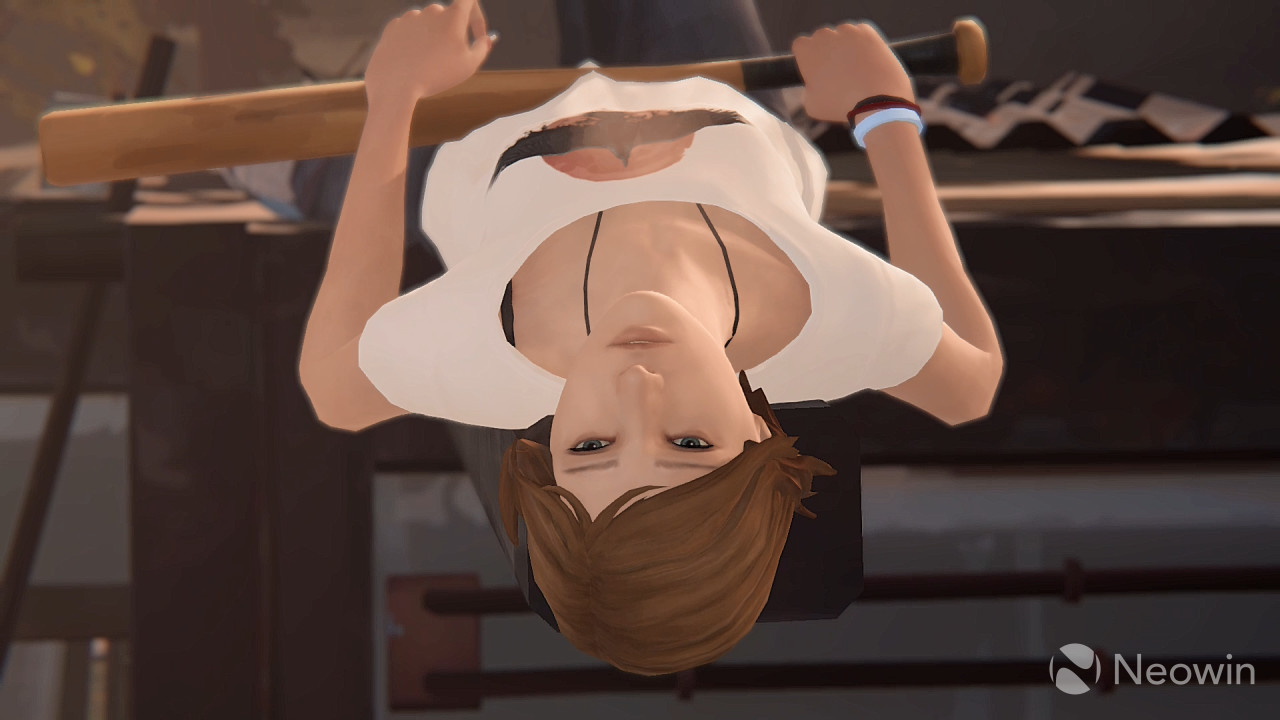 Life is Strange: Before the Storm is shaping up to be one of my favorite titles of the year. This episode improves on its predecessor in almost every way. While the first episode set up the story nicely, the second one brings more life to it. The moments between Rachel and Chloe feel natural instead of hastened. I was much more engaged in their dynamic. The pacing of the story is taut and the music perfectly complements it. It doesn't let you breathe and that makes it all the more exhilarating. Chloe and Rachel's bond in the game is admirable and the supporting cast gets more to do, which is a welcome change. It also sets up the third episode very nicely.

The series is poised to be an outstanding gaming experience. All I hope is that the third episode maintains the depth and music of this one and improves upon the facial animation, somehow. I completed Life is Strange: Before the Storm Episode 2 in about three hours without any major lags or glitches. It's a beautiful game and I highly recommend it. You can buy the game on the device of your choice:

Life is Strange: Before the Storm was reviewed on an Asus GL552VW with a copy provided by the publisher on Steam. The title was played with an Xbox One controller attached. Here are the specifications of the device: