Life is Strange (LiS), apart from rejuvenating the interactive gaming genre, changed the way I viewed video games. I was an emotional wreck for over a week after I finished the last chapter of the game. So, it goes without saying that I am a huge fan of the original and thus, when I heard about the prequel, I was cautiously excited. Will they ruin a beloved franchise à la ME: Andromeda or will it make me fall for Arcadia Bay again? That was the important question. Now that I have completed the permier episode twice, I am glad to share that it doesn't ruin the original for me like I had feared.

The makers of Before the Storm had to walk a thin line between tapping the nostalgia of the original and making a decent standalone game that somehow foreshadows the events of LiS. They have managed to make the transition appear seamless. Mind you, this was developed by Deck Nine instead of Dontnod Entertainment, creators of the 2015 title. 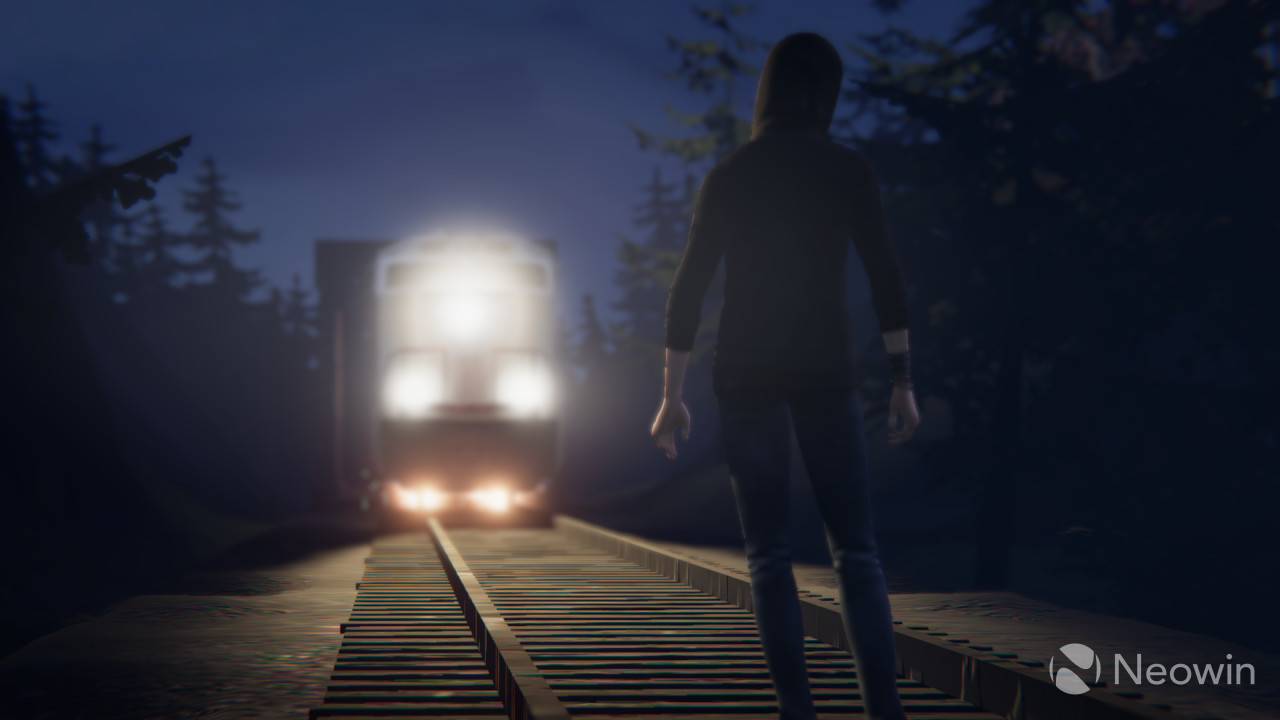 The story begins with Chloe standing on a train track as a train rushes towards her. Our protagonist, ever the rebel, casually flips the cigarette that she's smoking and jumps off the tracks. This cutscene sets the tone of Ms. Price's character as we delve deeper into the game. She's a maverick who makes her own rules and wouldn't bow down to anyone. She hurries towards a late-night concert - that would surely get her in trouble with her mother - while flinging middle fingers at the barriers.

The character's voice change created quite a stir in the community but, to be quite honest, I think the voice actor did her job perfectly. The animation is consistent with the original which is fine, but I wish that the facial expressions were improved upon. It doesn't really affect the overall experience though. One of the major things that the developer had to replace in this title were Max's time-warping abilities. Since Max isn't even in the story (except for the bonus "farewell" episode) and Chloe doesn't have any superpowers, the developers decided to take an interesting route. They made what is essentially a bully-o-meter to allow the player to use Chloe's attitude for a favorable outcome. 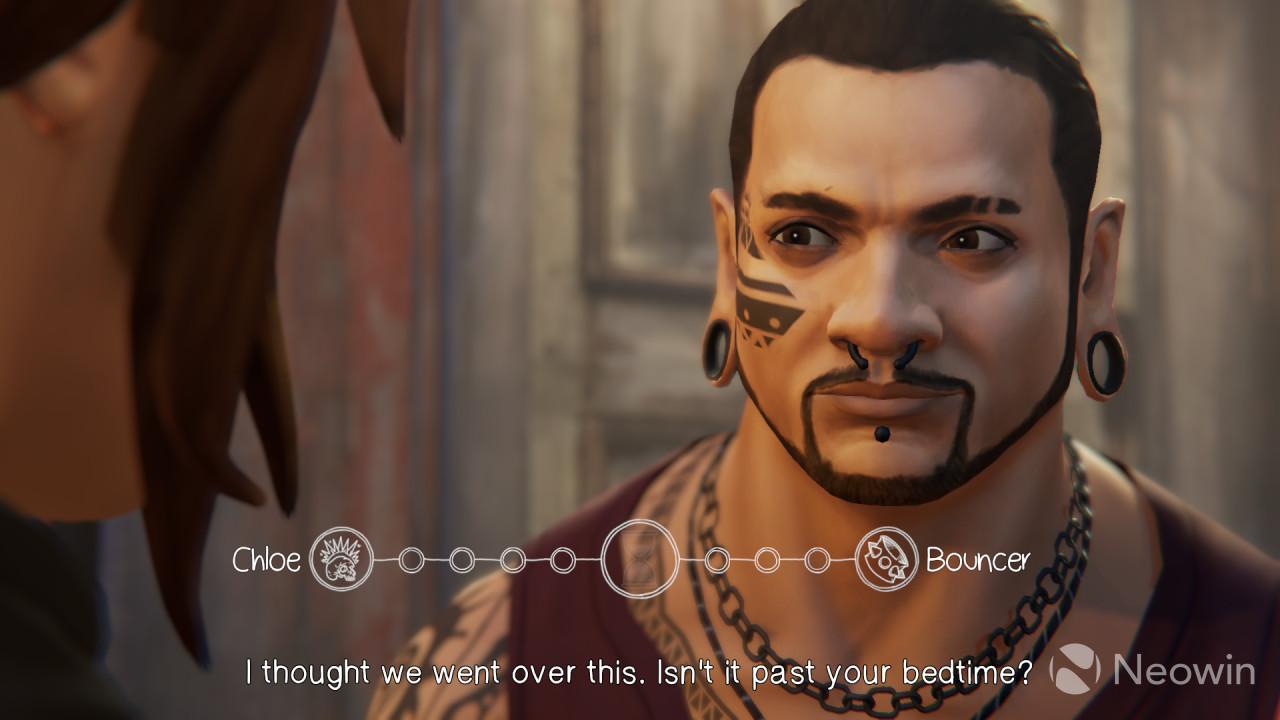 The story moves forward as Chloe gets herself into trouble with some influential goons and Rachel Amber, the other major character in the game, comes to her rescue. Rachel's act makes our heroine fall for the college sweetheart. After the eventful night, Chloe Price wakes up in her room where we get an insight into the character, how her father's death and her friend's abandonment have left her bruised. As we walk around the room, we notice the tonal changes in her voice as she reminisces about the 'good old' times. At one point, she rips off a unicorn poster to replace it with some edgy graffiti - an activity which is offered as an option in other portions of the game as well.

Then we find out how her dynamics with her mother have changed as she disapproves of her soon-to-be stepfather, David. There's visible tension in their conversations as Chloe tries to resist the changes that seem to be taking over her life. She feels as though the memory of her dad is being omitted from their lives. Since her father's passing, she has also turned into a negligent student from someone who had previously been a keen learner. 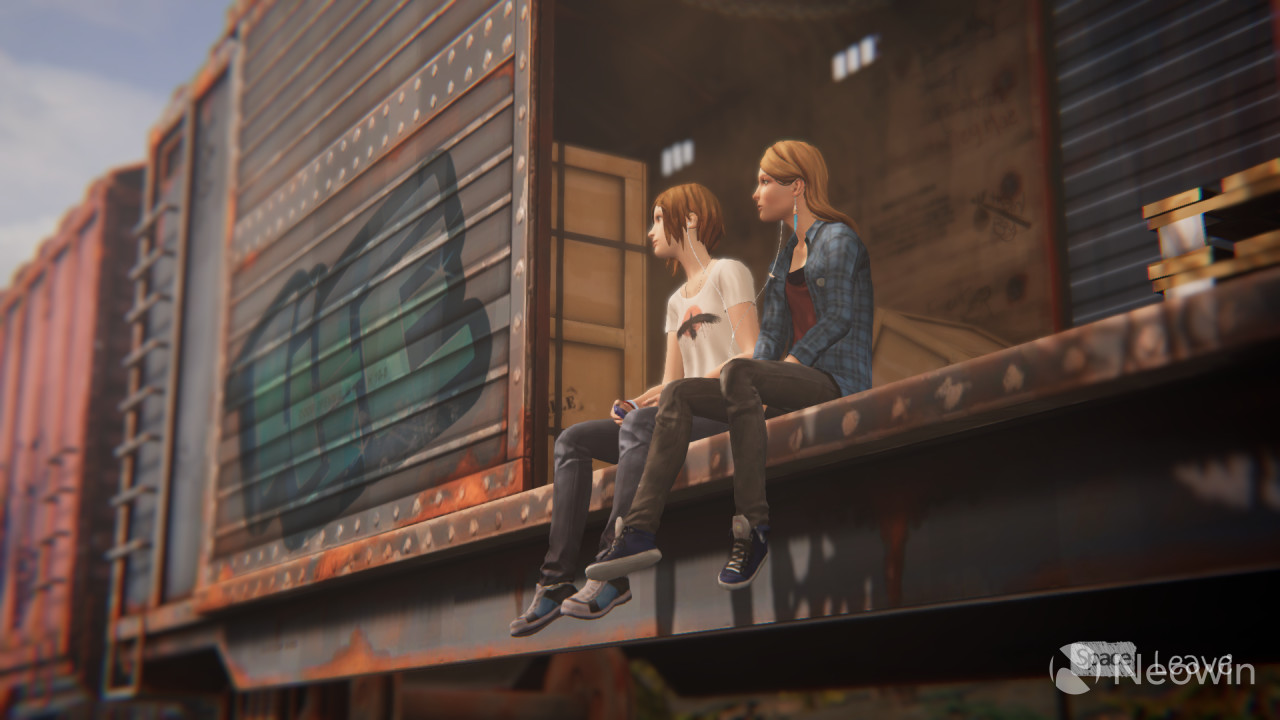 At school, she meets Rachel again, who takes her on a mystery adventure. They get on a train where the duo gets to know each other a little better. They play a game and listen to some music together. Their journey leads them to a park where they enjoy more exploits like spying on people and stealing wine from a couple.

This is where they also uncover a secret that leads to a dramatic fight, but eventually brings them closer together. Their experience in this particular scene would presumably lay the foundation stone of the story arc. 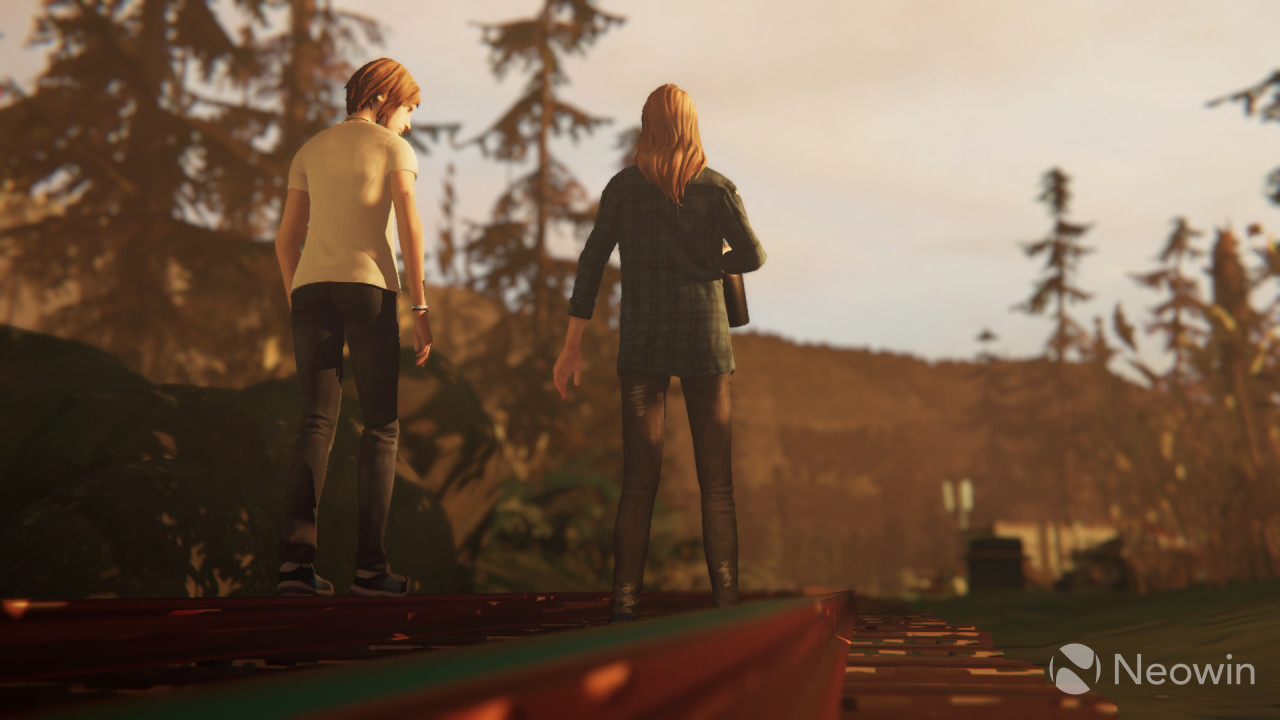 The story is presented via fairly linear gameplay. You make choices, bully the bad guys into backing off, and paint graffiti - which is optional, but fun nonetheless. There isn't much you can do in the game apart from making choices, some of which, as you may already know, will have consequences in the future. I understand that though. Giving someone superpowers here vis-à-vis Max in Life is Strange would not only have messed up the storyline, but also would've felt like pandering to the fans.

The animation isn't "groundbreaking" either. It's pretty much the same as LiS ,which isn't surprising, since that game is barely two years old. There are a few inconsistencies with the dubbing that can sometimes annoy. Thankfully, such moments are few and far between. That said, if you liked the original, overlooking these minor inconveniences for a polished experience won't be an issue. I also didn't encounter any bugs or major lags during my playthroughs.

Music is an area where I hope this game picks up in its later episodes. It isn't particularly bad, but the soundtrack is what truly set the first one apart. I can still listen to its OST and be absolutely mesmerized. Its music was an integral part of the experience. As if each song was handpicked for that particular scene/situation. Here, it's sort of...just there. 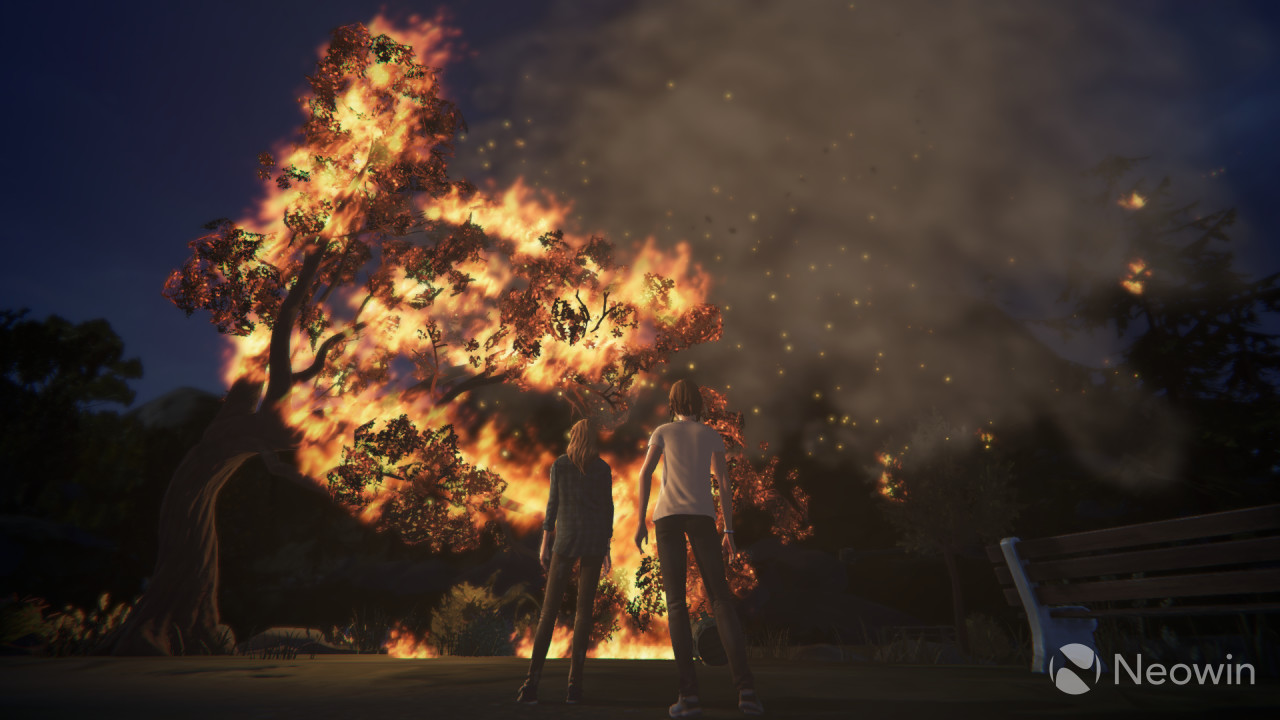 I went into this game with few expectations and tempered my excitement, too. But, this episode has me hopeful of a game that will act as a catalyst of closure for us Life is Strange fans. Chloe got the character development she deserved, but I hope the next episode explores her dynamic with Rachel.

I didn't expect to enjoy this game as much as I did. On my second playthrough, I almost didn't want it to end. So my advice to hesitant buyers would be to temper your expectations and allow this game to take you back to Arcadia Bay. It took me a couple hours to finish the first episode. If you want though, you can also go back and replay it to find little tidbits of information that make the experience a bit more organic. By the way, on the train ride, we finally find the source of one of Chloe's favourite slang terms - 'hella'. It's Rachel. You're welcome.

For people who haven't played this game but are interested, I think it's worth it. Seriously, play the original after, you'll love it. You can buy the game on the device of your choice:

Life is Strange: Before the Storm was reviewed on an Asus GL552VW with a copy purchased by the reviewer on Steam. The title was played with an Xbox One controller attached. Here are the specifications of the device: