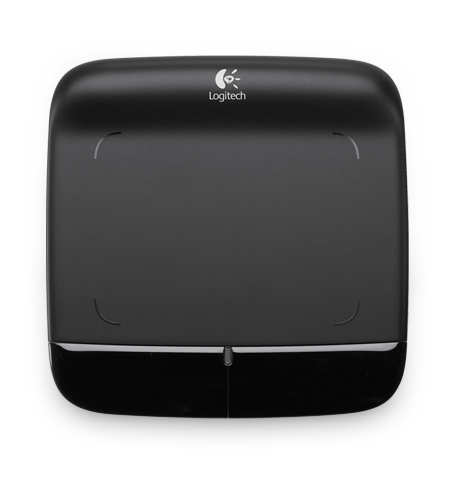 When PC users access their favorite web browser on their desktop, they almost always use their handy PC mouse to perform actions like scrolling up and down web pages, switching between applications and more. But PC peripheral maker Logitech has a new alternative that might be of interest for people who don't want to be constantly holding a mouse. The Logitech Wireless Touchpad is a device that lets your fingers do the walking for accessing web pages and other PC applications on your desktop, much like how touchpads work on a notebook PC.

The 5 inch touchpad was made by Logitech specifically for Windows 7-based PCs. The device uses up to four fingers to perform various desktop tasks. Using just one finger on the pad controls the cursor on the screen while two fingers lets users scroll up or down on web pages or other programs. Using three fingers on the touchpad, moving from left to right, lets folks move through galleries of pictures on their PC desktop. Finally using four fingers allows users to scroll through different applications on the desktop quickly.

The wireless touchpad uses a USB receiver to connect to the desktop and that same receiver can also be used to connect up to five wireless devices like a keyboard, mouse or other products. The touchpad is supposed to have a battery life of up to four months with an LED indicator built in to let users know it's time for a recharge. The Logitech Wireless TouchPad will be released later in September for $49.99.