Mozilla has officially let Lorentz loose to the public in beta form. Lorentz is Firefox version 3.6.3 with a much appreciated update. The beta allows Firefox to compartmentalize plugins, such as Adobe Flash, so that they don't crash the entire browser when they encounter issues. The feature is being called "out-of-process plugins."

"Firefox 'Lorentz' provides uninterrupted browsing for Windows and Linux users when there is a crash in the Adobe Flash, Apple Quicktime or Microsoft Silverlight plugins.

If a plugin crashes or freezes, it will not affect the rest of Firefox. You will be able to reload the page to restart the plugin and try again.

Firefox Lorentz will become part of a future release of Firefox 3.6."

Lorentz is one piece of the Electrolysis pie that Mozilla has planned for the world's number two browser. The feature has been talked about a lot in the past and users will see such isolation concepts implemented across the Firefox browser when 4.0 is released. In order further stabilize the browser, tabs and add-ons will also become their own processes when Electrolysis is complete. But for now, Mozilla is giving us Lorentz in Firefox 3.6 to hold us over. 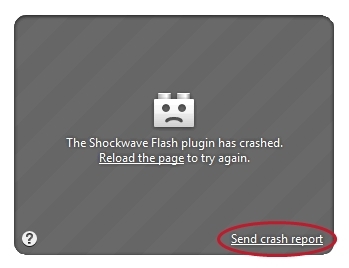