In case you've been living under a rock for the last couple of years, Lulzsec is a quasi-hacktivist group, a little bit similar to Anonymous, but more focused on lulz. Such lulz include accepting hack requests via telephone, DDoSing the CIA, and bringing down EVE Online. Unfortunately for its members, things got a little less funny when their leader, Hector Xavier Monsegur, better known as Sabu , decided to join up with the FBI and help round up his former associates. Since then, we've been hearing occasional reports of a return, but mostly just a stream of arrests, pleas, and informants.

Ryan Cleary, a 19 year old from Essex (who, interestingly, was described as the 'mastermind' behind Lulzsec back when he was arrested last summer), and Jake Davis, from the Shetland Isles, both pled guilty to attacking and defacing several websites. Two other members, including one minor, also went before trial, but denied being involved. 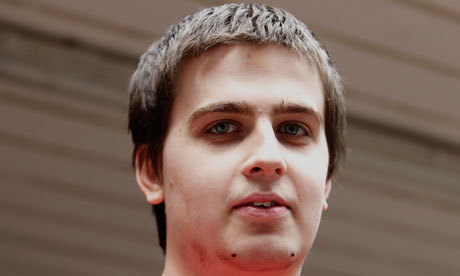 Meanwhile, Ryan Cleary is hardly out of trouble, since he'll be facing similar charges in the US as well, and might even face extradition. No matter how you spin it, things aren't looking good for what (if anything) is left of Lulzsec.

Image via: The Guardian