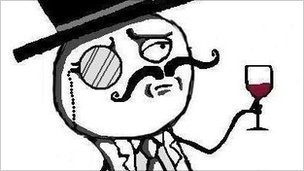 Lulz Security (LulzSec), a security group who are quickly gaining ground for some of their antics have warned the British NHS (National Health Service) that its network infrastructure is at risk and has the potential to suffer a devastating cyber-attack.

Most recently, the group admitted that they were responsible behind a cyber-attack on Sony, which resulted in 1 million user’s details stolen. Soon after they attacked Nintendo’s US servers however no information was stolen.

After what some may call a wrong doing, LulzSec have decided to inform the NHS about their vulnerabilities on the basis that “if we ****** over those that give health, people would literally die laughing at our antics. Poor lungs = poor lulz, people” Although the reason behind why may in itself cause ‘lulz’ the group have displayed a Grey-hat like attitude and therefore can be classed as such.

The self-proclaimed band of pirate-ninjas said in an e-mail to the NHS “Some time ago, we were traversing the Internets for signs of enemy fleets. While you aren’t considered an enemy – your work is of course brilliant – we did stumble upon several of your admin passwords, which are as follows" the passwords were inevitably blacked out but it does show that the group has the capability to do a lot, good and bad. 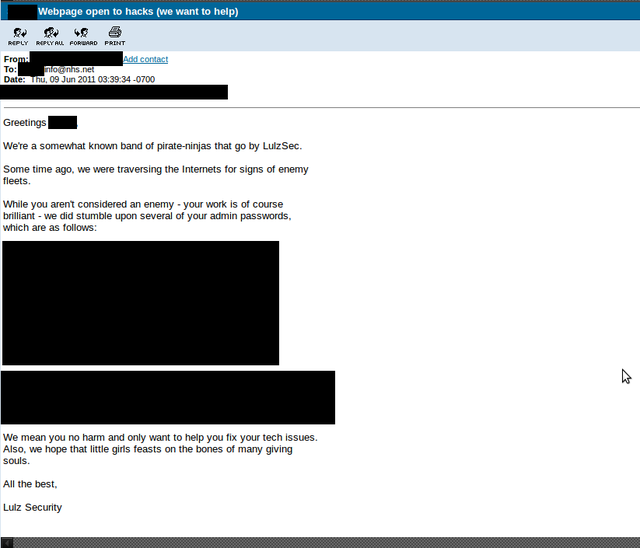 In addition to warning the NHS, they also tweeted a URL that allows a person to donate their bone marrow. “GIVE LITTLE GIRLS YOUR BONES IN RETURN FOR ALL THE LULZ WE BROUGHT YOU” the tweet reads.