On Friday, Microsoft released Windows 10 Mobile build 14267 that could be installed on just a select number of Microsoft's newest handsets, the Lumia 550, 950 and 950 XL as well as the Xiaomi Mi4. There are reports that even the Lumia 650 could upgrade to this build, but unfortunately it is affected by a rather nasty bug just like the Lumia 550, where after upgrading, the device fails to recharge and isn't recognized by the PC when plugged in via the USB port.

Some people were able to recover their Lumia 550 providing the battery level hadn't dropped below 50% by doing a hard reset, in most - if not all cases - the device is no longer recognized by the Windows Device Recovery Tool when connected to the PC, making a roll back to the latest publicly available OS version impossible.

Microsoft has now acknowledged this bug and posted up a workaround to recover the device, which should be your first port of call. Gabe Aul says:

If your Lumia 550 is really low on battery, switch your phone into flashing mode by turning your phone off first and press power button and then volume up until you see a lightning bolt on your phone’s screen. This will allow your Lumia 550 to charge. You should let it charge a bit before using the Windows Device Recovery Tool to roll back to Build 10586.

However, should the above method not work, MSPoweruser has discovered a way to successfully recover a Lumia 550 or 650 that has had its battery completely drained, or won't charge by force flashing the firmware over the command line. It is a bit technical, and you should only do this as a last resort. 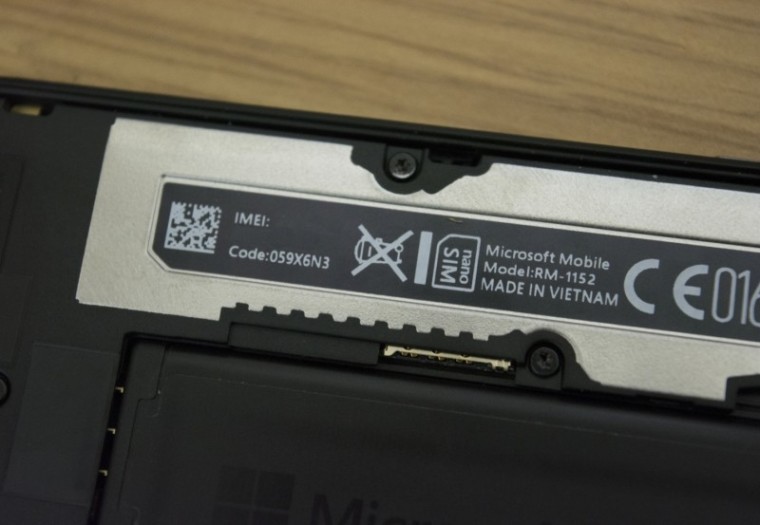 First off, you’ll want to take note of the Model and Code numbers of your Lumia. This information can be found under the back cover, on the stripe of text next to the battery. (Example picture above)

Ensure you have the Windows Device Recovery Tool installed, and then follow this tutorial below:

Hopefully this will help some people that have been affected by this, Microsoft is now recommending that people with a Lumia 550 skip this build (see Known issues section). It's just unfortunate this wasn't picked up a bit earlier.

Let us know in the comments how you got on, and if you were able to recover with one of the two methods posted above.

Source & second image: MSPoweruser | Thanks for the tip Jamie Maclean