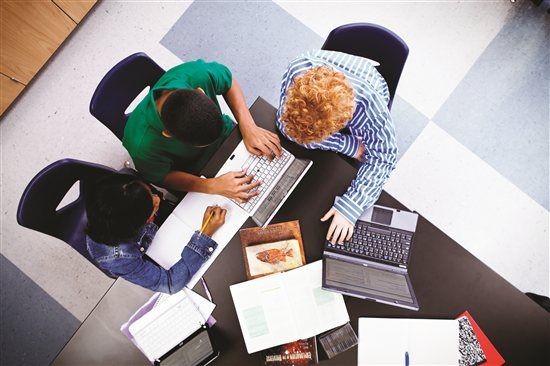 Microsoft and HP have landed a new educational contract for their Windows 8 PCs. Today, Microsoft announced that the state of Maine has picked the HP ProBook 4440 notebook, running on Microsoft's latest OS, to be the "learning device of choice" for all of the state's 7th and 8th grade middle school students."

In making the announcement today on Microsoft's Education blog, the company revealed that it has also put in some of its own money as part of this agreement with Maine. It stated:

Microsoft is providing a substantial investment as part of our Partners in Learning program to provide opportunities for Maine educators to learn from industry and academic leaders in the area of integrating Microsoft technologies into classroom instruction. We will be offering dozens of Microsoft Innovative Educator training programs and Windows in the Classroom events among other assets to help with professional development, as well as assist schools convert data and content.

Specific terms of this new deal with the state of Maine, including just how many notebooks HP is providing, were not revealed. In March, Microsoft said that more than 540,000 students and teachers already use Windows 8 in the U.S. Microsoft has also been promoting the use of Office 365 for education and earlier this week announced that several schools in Central and Eastern Europe had signed up to use the cloud-based software suite.