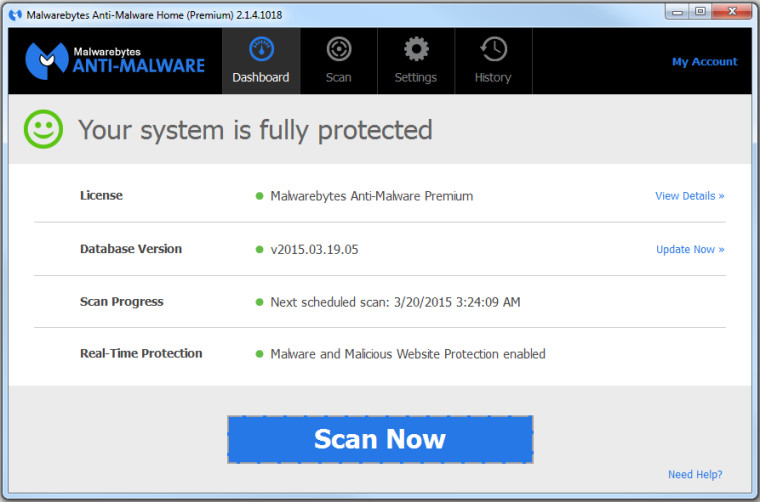 Malwarebytes has announced an amnesty program to convert all counterfeit keys of its programs to legitimate ones in order to protect users from further abuse or piracy.

Pirated software often comes with its own share of risks such as spyware, keyloggers and of course lack of official support from the developers. Sometimes people end up with such software even without knowing, from vendors or friends who have been using unlicensed or cracked apps.

Now, Malwarebytes has offered to help out such users with a 12-month license of its premium anti-malware software. In order to claim a legitimate key, users need to open the software and enter their keys, mention how they obtained those and a new key will be issued immediately.

It seems the company is revamping its licensing system and valid license users will have to go through the process as well. According to VentureBeat, the move has been hit with a few complaints from paying customers who were miffed by the arrangement, but the company's founder has issued a statement saying:

I know this doesn’t excuse those who feel cheated because they bought the software. I am happy to work with you on some free shirts, or a free copy of anti-exploit as you continue to support us through this process

However, for those users who did end up with counterfeit licenses, it is a good opportunity to get a proper license.