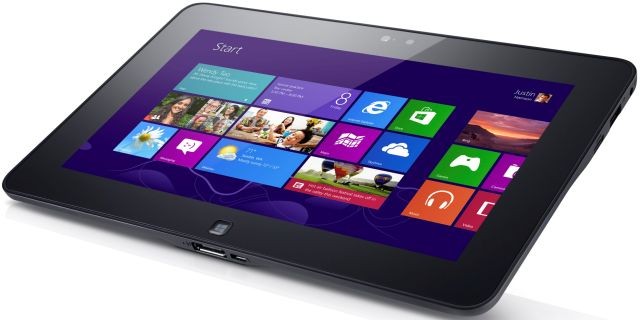 In September, Intel announced its new Atom Z2760 processor, better known by its code name "Clover Trail". The dual-core low power chip was designed specifically to run Windows 8 and was supposed to offer features such as long battery life and "connected standby".

A month ago, and three weeks after the launch of Windows 8, we reported that the only tablets with the Intel Atom Z2760 chip inside that were on sale were the Samsung ATIV Smart PC and the Acer Iconia W510. Now it looks like all those other "Clover Trail" tablets promised from other PC makers won't be released in 2012 after all.

Information Week reports that Dell's Latitude 10, shown above, is not due to ship until at least January 22nd. The HP Envy x2 Envy's current ship date is January 9th. Two more Windows 8 tablets with the chip, the Asus VivoTab Smart and the Lenovo ThinkPad Tablet 2, don't have any ship dates listed at all.

So what's the problem? Information Week claims, via unnamed sources, that PC makers are having issues with building "Clover Trail" drivers that pass Microsoft's Windows Hardware Quality Labs (WHQL) tests. So far, Intel, Microsoft and PC makers have yet to comment on the delays of these tablets.