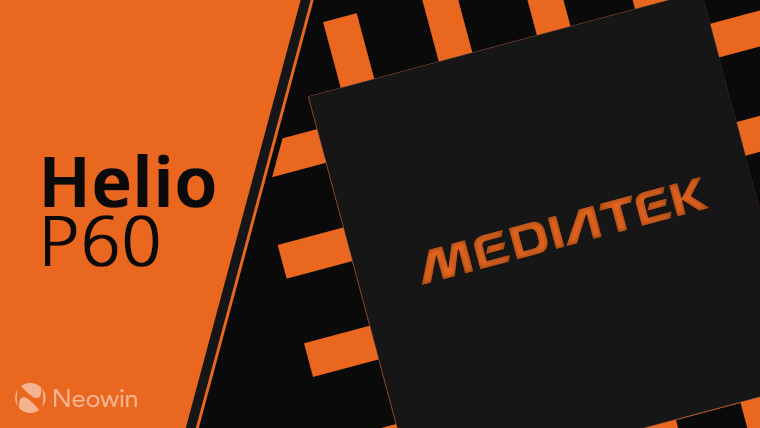 When it comes to smartphone chipsets in premium handsets, many OEMs are turning to in-house solutions, such as Apple's A-series, Samsung's Exynos, or Huawei's Kirin chips. Other OEMs use the latest from Qualcomm, which is the Snapdragon 845. But as MediaTek points out, there's a certain gap in the U.S., where consumers either buy a flagship phone for almost (or over) $1,000, or a prepaid phone for under $200.

As the industry stands though, there are few reasons to shell out $1,000 on a smartphone, as the premium mid-tier chips are getting better and better. That's where MediaTek is aiming with its new Helio P60 SoC.

The new octa-core chipset is built on a 12nm FinFET process and includes four ARM Cortex-A73 and four ARM Cortex-A53 cores, all of which are clocked at 2GHz. Using what's called a big.LITTLE configuration, tasks that require more power can use the A73 cores, while those that don't can use A53, preserving battery life.

The GPU also gets an improvement, with the new Mali-G72 MP3, which is clocked at 800MHz. Overall, MediaTek says that this results in a 70% increase in both CPU and GPU performance.

There are some significant camera improvements as well. With three ISPs, it supports dual cameras of up to 20MP + 16MP, or a single 32MP sensor. This results in 18% power savings from its predecessor. A single 16MP lens can also record video at up to 90fps, which means that you'll be able to record 4K video at a high frame rate on a device that's not too expensive.

And then, of course, there's the AI Processing Unit, or APU. Similar to how Huawei's Kirin 970 chipset works in the Mate 10, it allows for things like object recognition and behavior-informed performance enhancement. NeuroPilot works with Google's Android Neural Network, and supports frameworks like TensorFlow, TF Lite, Caffe, and Caffe 2.

You'll be able to buy a smartphone with MediaTek's Helio P60 beginning in early Q2 2018.