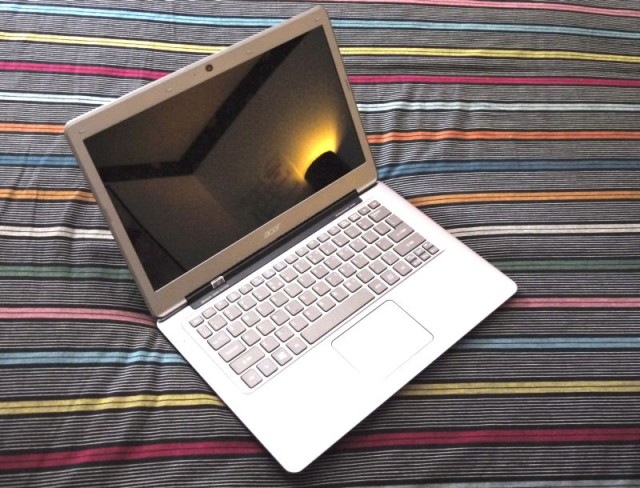 I’ve never reviewed anything before, I’ve only read reviews from a wide variety of sources. I’m not sure where to start, so I’ll just go ahead.

My old laptop was over five years old in the summer of 2013. While I hadn’t exactly had the need to use a laptop as much as I had to while I was in school, I felt my old laptop was basically a brick. It was heavy, slow, and a pain to lug around with me. I wasn’t particularly in the market for a new laptop, but a local retailer had the Acer Aspire S3-391-6046 on clearance for just above $275. I decided to bite. 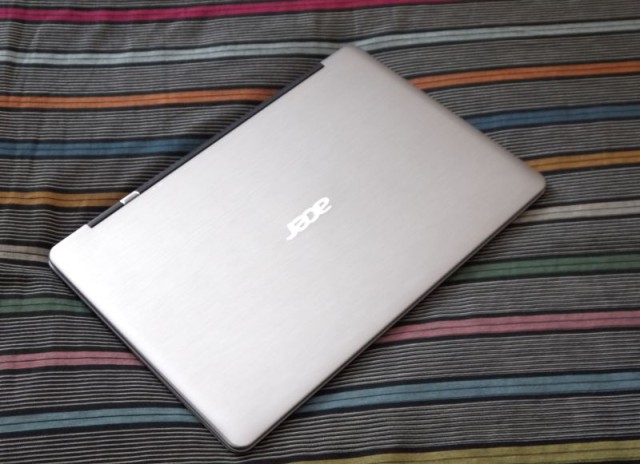 As mentioned, the hardware specs are a bit dated, especially the processor (a second-generation Intel Core i3 at 1.4 GHz), but it performs fast enough for what I use the Ultrabook for: web browsing, some Photoshop, and streaming video. The Intel HD 3000 graphics don’t lag during video playback, but I haven’t had the computer long enough to give it a thorough test, including some gaming. Despite being based on Intel’s older 32nm process, I noticed very little fan noise and the processor ran quite cool most of the time, averaging around 40-45 degrees C.