Smart speakers are increasingly getting popular, although the market is still dominated by Google and Amazon’s first-party offerings for the most part. Lenovo did launch some fantastic products, including one of my favorites, the Lenovo Smart Clock, but it’s mostly been slim pickings.

Now, Xiaomi wants to enter the category – and in true Xiaomi fashion, it does so riding on its value-for-money pitch. The company has previously dabbled in affordable Bluetooth speakers with reasonable success. The new Mi Smart Speaker is a Google Assistant-powered speaker that aims to be an affordable entry into your smart home ambitions. It takes on entry-level products from Google and Amazon - Google Nest Mini and Amazon Echo Dot - but offers a superior audio experience that competes with the more expensive Nest Audio and Amazon Echo/Echo Plus devices.

But is there more to the Mi Smart Speaker than that attractive sticker price? Let’s find out in this review of Xiaomi’s maiden smart speaker. 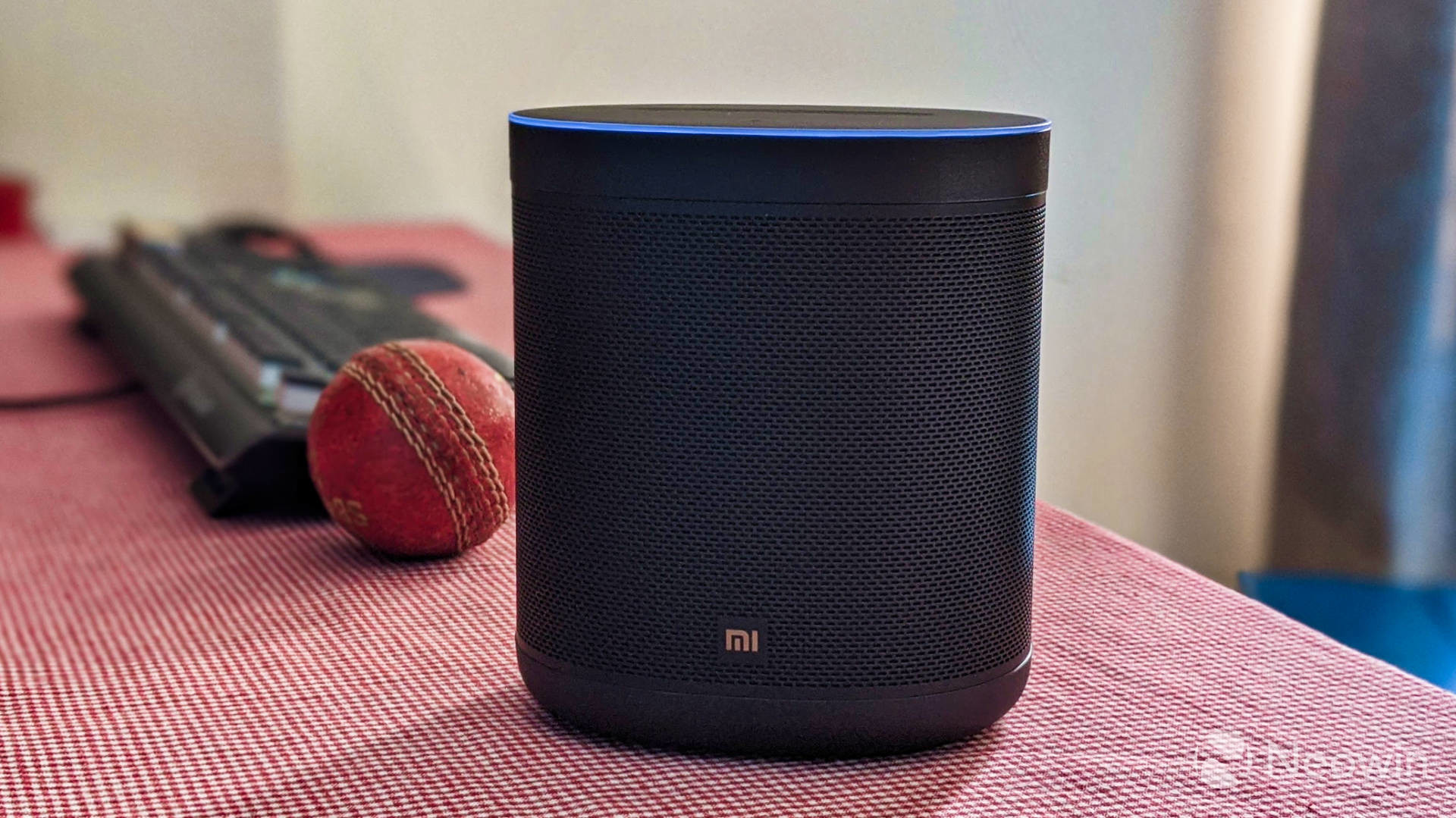 The Mi Smart Speaker goes for minimalist design aesthetics – ‘inspired’ by Sonos One - with a sturdy aluminum build and a perforated grill around the speaker. The perforations are designed in a way that keeps dust out of the speaker – especially important in markets like India.

It weighs about a kilogram and stays stable on the surface it is placed on. For smart speakers, stability matters more than weight since it is always tethered to a power outlet and hardly carried around the house. There are rubber feet at the bottom that help dampen any vibrations. The build quality is solid, but it doesn’t scream luxury. The plastic used on the top and bottom could be better, but such a complaint is unwarranted at this price point.

On the top are the controls - volume up/down, mute, play/pause. They are quite responsive, but till I could commit them in my muscle summary it was hard to figure out which one was which in bright light or a dark room. I would’ve liked some grooves or if they were backlit for some visual aid. There’s an LED ring that runs around the top panel which lights up when the speaker is listening to your voice. 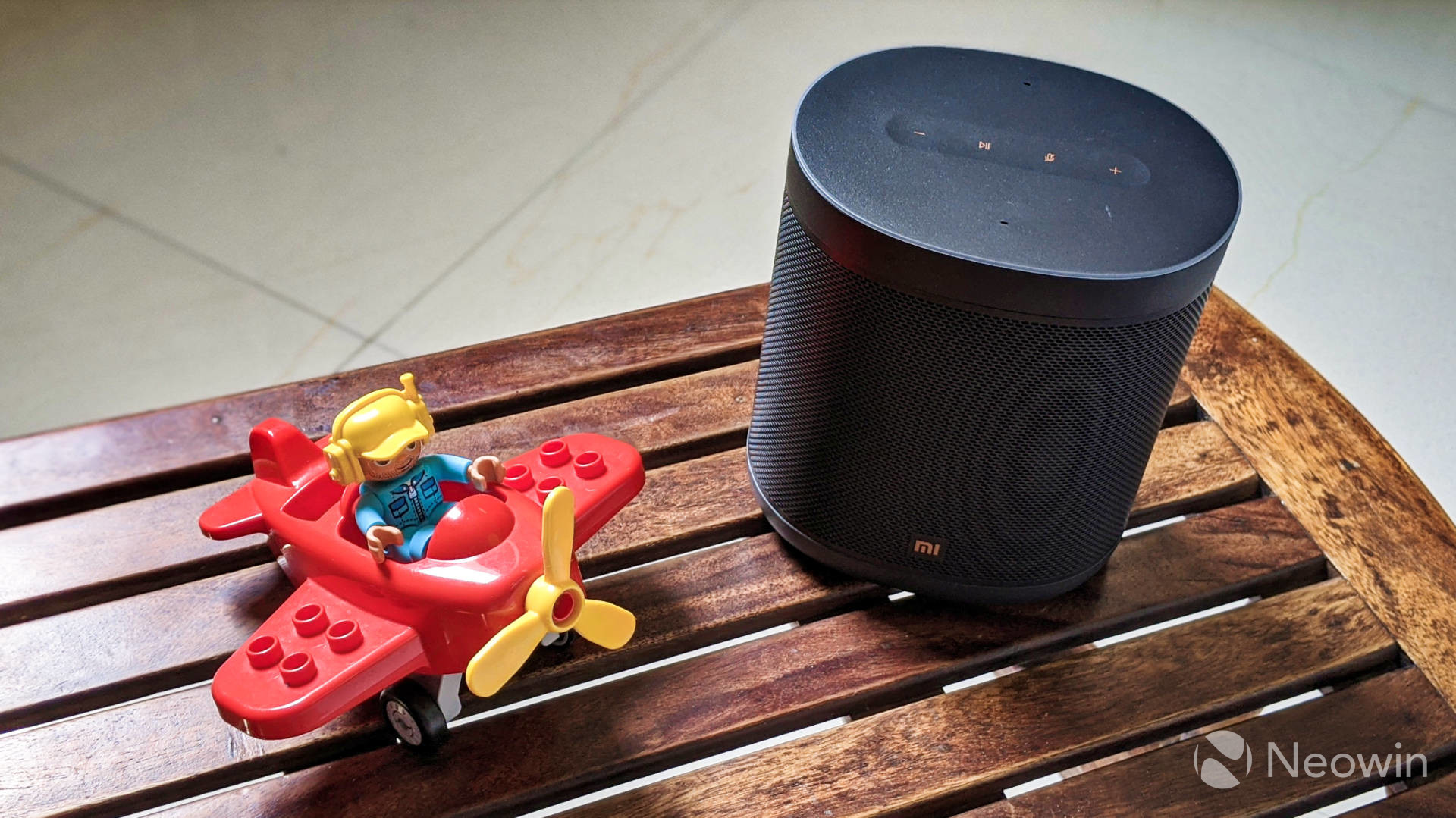 The Mi Smart Speaker uses a single 2.5-inch driver that delivers 12W of audio output. For comparison, the Echo Dot and Google Nest Mini feature 1.6-inch and 1.5-inch audio drivers respectively (bigger is better). Like I said before, while it is priced in the range of entry-level smart speakers by Google and Amazon, the Mi Smart Speaker delivers audio quality in the league of their better and more expensive variants.

The audio quality overall is quite good – in fact, better than many affordable plain vanilla Bluetooth speakers as well. The vocals are excellent, which I appreciate since I listen to a lot of podcasts. The treble is controlled well – the speaker doesn’t get shrill even at maximum volumes even though the bass gets a little muffled. Bass isn’t the strong suit of the Mi Smart Speaker. The speaker can get loud enough to fill up a room with impressive clarity, but it's also not a party speaker.

Unlike the Amazon Echo devices, the Mi Smart Speaker doesn’t offer the ability to use line-out to connect to better/larger external speakers that you may already have invested in. Even the Google Nest devices don’t have this nifty feature which often doesn't get much talked about. However, you can buy two of them and create a stereo pair to get dedicated left and right audio channels. It’s priced well for such an adventure.

There are two far-field mics at the top which serve the purpose well. At most times, I was able to use voice commands on the speaker from the corner of the room but with the TV on, the response was a hit and a miss. 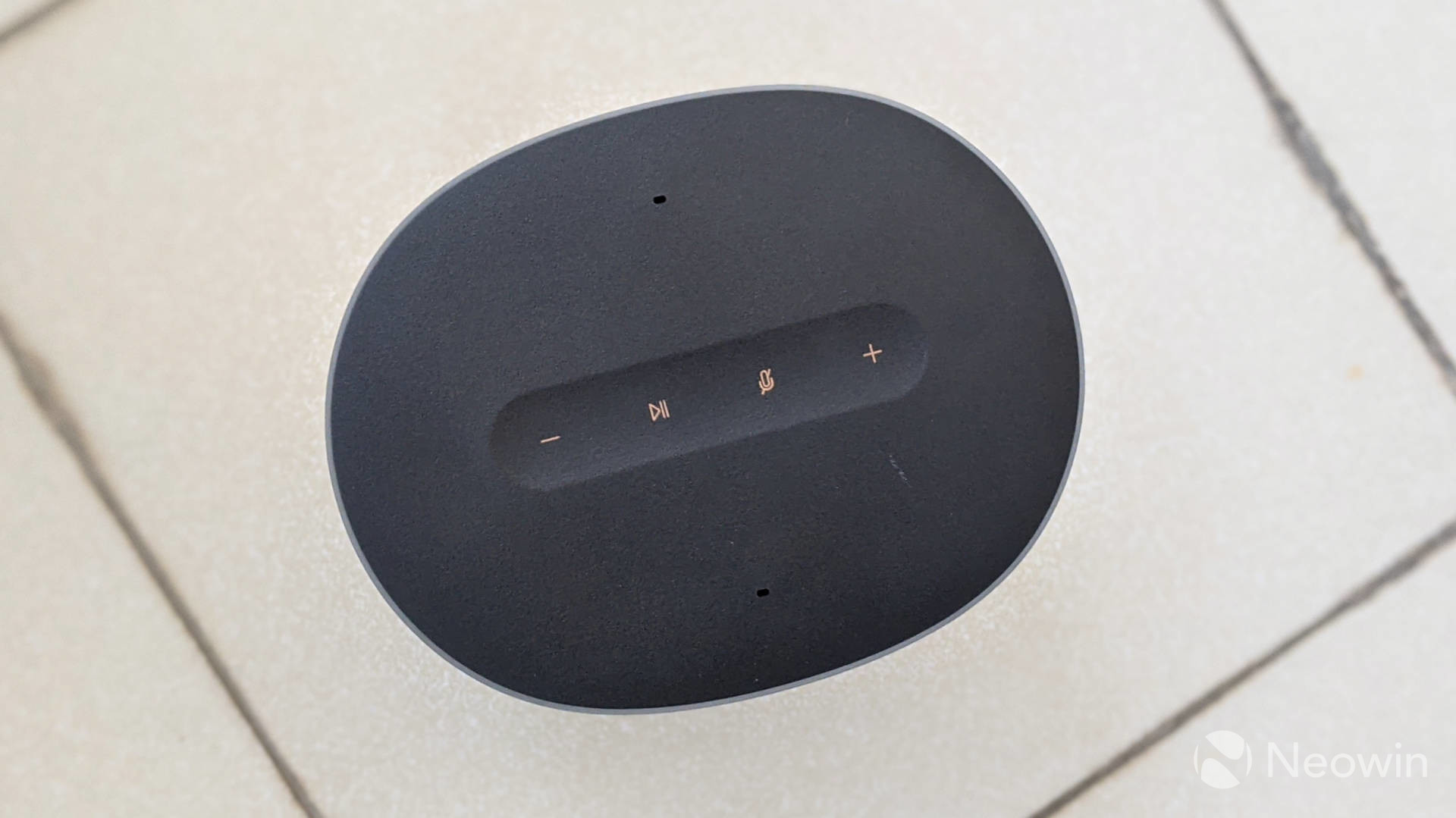 The Mi Smart Speaker is powered by Google Assistant and offers the same set of features as Google Nest speakers do. You can use the gamut of Google Assistant capabilities like alarms, timers, asking queries, daily briefings, as well as use it as a hub for your connected devices like smart lights, smart cameras, and many newer electronic gadgets and home appliances - including Xiaomi’s entire portfolio of connected devices.

Setting it up is a breeze via the Google Home app. You can use Bluetooth connectivity to play music or use one of the supported streaming services directly. With Spotify Connect, I could also stream music from the Spotify app on my phone to the Mi Smart Speaker seamlessly. It also comes with Chromecast built-in so that you can stream content from your Android smartphone.

The light ring on the top isn’t all that smart though. Neither does its length change to indicate the battery level nor does it indicate a change in volume. It just changes color to orange when you mute the microphone, which is expected. 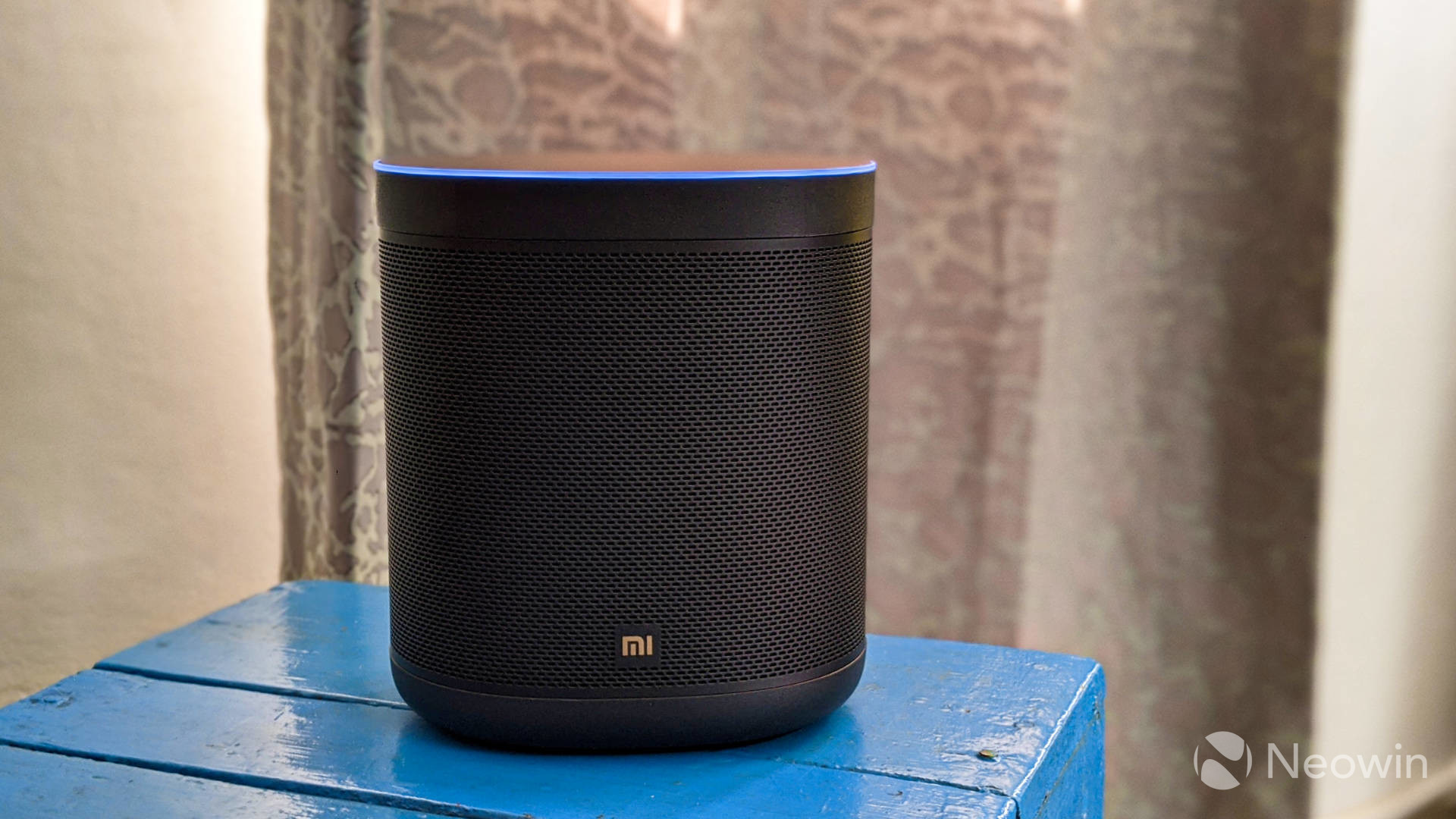 The Mi Smart Speaker follows the usual Xiaomi playbook – enter a category, bring some of the premium features to lower price points, democratizing technology on the way. Xiaomi has built its entire ecosystem on this value-for-money proposition.

At ₹3,499 (introductory price, mind you), the Mi Smart Speaker delivers everything you could want from a smart speaker, even if some things could be better. It packs all the smarts of Google Assistant and the sound signature is pretty good and will work for most people. It’s louder and better than Amazon and Google’s devices at the same price point, which mostly work well for smart home management and not really for music streaming duties. Of course, before taking a dive into smart home ecosystem, you’ll have to make a choice between going all in on Google Assistant or Amazon Alexa.

If you are in the market for an affordable smart speaker, especially your first one, the Mi Smart Speaker is a no-brainer. It’s too good to be true at its introductory price and still a good buy at ₹3,999 ($55) later. If you can spend more money though, you might want to check out options from Google and Amazon for a little more premium offering. 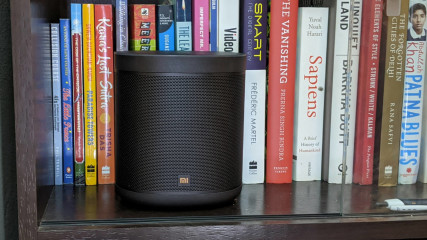 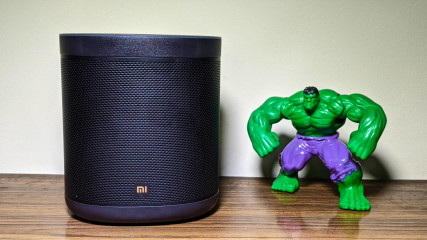 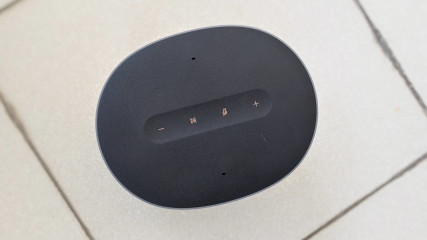 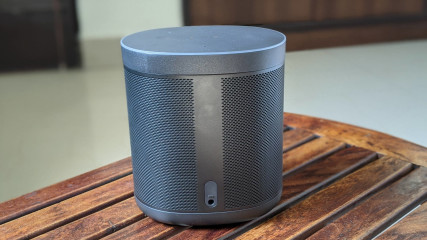 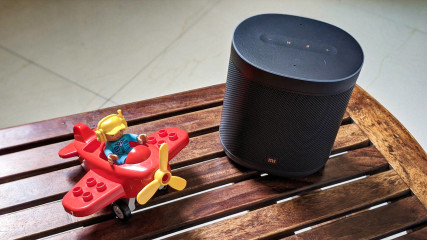 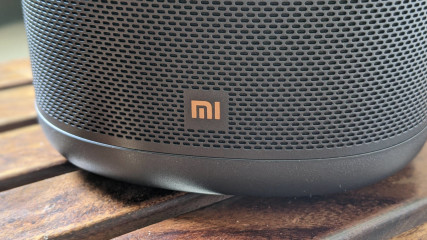 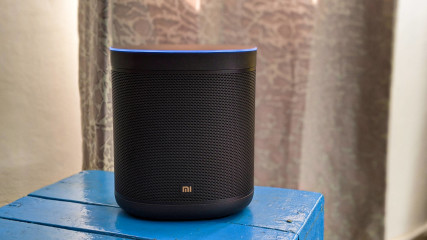 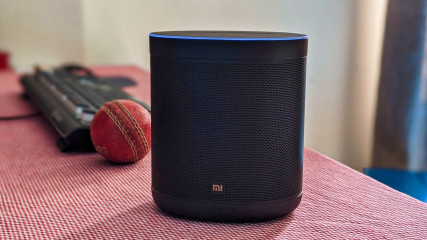