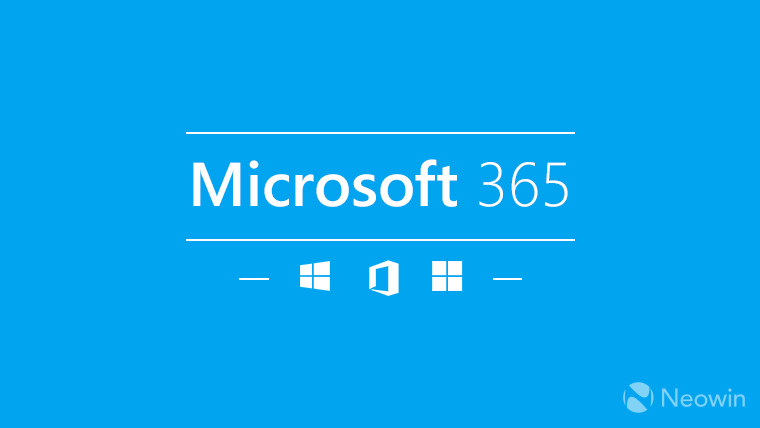 As we approach the end of yet another month, Microsoft has published its usual roundup post detailing all of the new capabilities for Microsoft 365 in the month of June. As remote collaboration has become a much bigger part of people's lives, many of the updates were focused on Microsoft Teams, but there's something for almost every aspect of the Microsoft 365 suite.

For Teams, there are a handful of new capabilities, starting with support for a 7x7 grid in video calls, letting users see up to 49 people at once while on a call. This month, Microsoft also enabled custom backgrounds for all Teams users, so you can change what's behind you to anything you want. Another new feature for Teams is recurrent surveys for employees, so companies can check up regularly on employees' wellbeing and run other kinds of surveys on a set schedule. This can be done from the Forms tab using the "Create a workflow" option and then choosing "Scenarios".

Most recently, Microsoft finally started allowing some users on mobile devices to add personal accounts to Teams. Teams for consumers was announced back in March, alongside the rebranding of Office 365 consumer subscriptions to Microsoft 365. Earlier this week, Microsoft announced that the feature is now in public preview with select users.

Moving on to other parts of Microsoft 365, the company is also making it easier for users to find what they're looking for. Microsoft Graph connectors are now available to customers in the Targeted Release channel, letting users add data sources so they can power Microsoft Search results in their organizations. In apps such as Word, Excel, and SharePoint, Microsoft has also added natural language queries, so users can find certain features by using more natural language instead of app-specific lingo. This feature was actually available in Excel back in April. Excel has received a couple more features this month, too, with a new Forms feature and the new Money in Excel template.

On the topic of creating and sharing content, Microsoft recently introduced Presenter Coach for PowerPoint on Android devices, and the feature is now generally available. It helps users eliminate bad habits, such as filler words and talking too fast, while presenting.

There's also a new Yammer experience on the web, which is currently in public preview and is similar to the new Yammer app that was released for mobile devices in March. It comes with a long list of changes, including the ability to add cover photos to communities; integrations with Outlook, Teams, and Sharepoint; and much more. You can learn more about the new Yammer here.

Outlook users are getting the ability to respond to polls right from inside an email, without having to install add-ons or go to an external website. This feature is available on the web and macOS this month, and the Outlook for Windows desktop app will get it next month.

For Excel, the Visio Data Visualizer Add-In is getting some improvements, starting with category-specific templates for flowcharts. It's also getting single sign-on support so you don't need to log in to the add-in if you're already signed into Excel. Finally, there's localization support so diagrams can be created in all of the languages supported by Visio. Speaking of Visio, the web version of the service can now create database diagrams, and diagrams can be downloaded and saved as an image file.

Rounding out the new features are security improvements, starting with a new Safe Documents feature that checks documents for known threats before opening them. This feature is available in Microsoft 365 E5 and E5 Security subscriptions. There are also new privacy controls for Microsoft Graph data, and Microsoft has made it easier to manage Microsoft 365 Groups in the admin center. Finally, for Edge, IT admins can now set which types of browsing data should sync to their account.