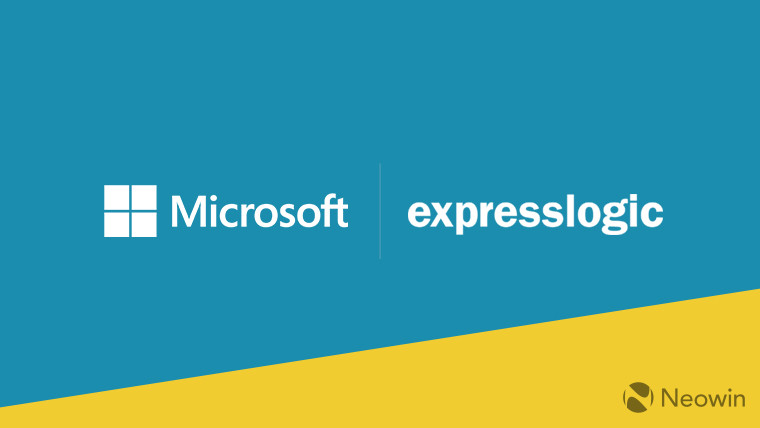 Microsoft has made no bones about dedicating resources to the Internet of Things, with solutions like Azure IoT Central, and more recently its collaboration with BMW for the Open Manufacturing Platform. Extending its foray into IoT, the Redmond giant has announced the acquisition of San Diego-based Express Logic.

For those not familiar, Express Logic was founded in 1996 and is most well known for its X-Ware platform. This is an umbrella term which encompasses and array of solutions like the ThreadX - the real-time operating system (RTOS) at its core -, FileX - embedded file support -, GUIX - embedded UI support -, NetX - embedded cloud, TCP/IP connectivity -, and the self-explanatory USBX.

Express Logic's flagship platform will be complementary to things like IoT Hub, Location Based Services, and most importantly, Azure Sphere, which entered public preview in September. Specifically on the subject of inter-connectivity , Microsoft had this to say:

Our goal is to make Express Logic’s ThreadX RTOS available as an option for real time processing requirements on an Azure Sphere device and also enable ThreadX-powered devices to connect to Azure IoT Edge devices when the IoT solution calls for edge computing capabilities.

In light of ThreadX's claimed 6.2 billion deployments, and Gartner's projected 20 billion IoT devices by 2020, this acquisition makes sense. It also fits within the Redmond firm's $5B IoT investment between 2018 and 2022.