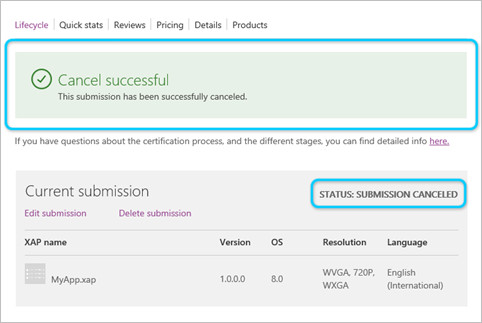 As described on the Windows Phone developer blog, one of the new changes lets app creators cancel a submission to the Dev Center if they need to make some last minute changes. Previously, the Dev Center had to complete the app submission process once the "Submit" button is clicked before any changes could be made. The blog states that " ... now from the lifecycle page you can cancel an app submission, make changes, and then submit again."