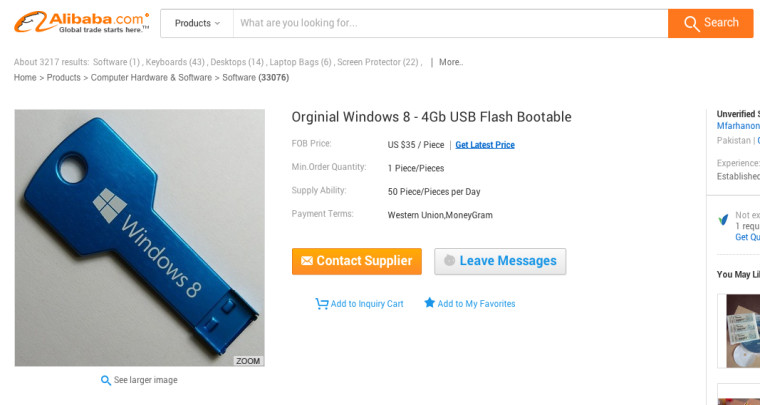 Microsoft has a big problem in China: counterfeit software. Its former CEO, Steve Ballmer, said at one point that 9 out of 10 copies of Windows sold in that country are counterfeit which represents a huge loss of revenue for the company.

To help fight this, Microsoft has signed a deal with Alibaba, the largest online commerce site for China, to remove sales of pirated content from its stores. The agreement, called a Memorandum of Understanding (MoU), will help Microsoft protect its intellectual property rights in this region.

The benefits of this agreement are huge for Microsoft as it is a significant step to combatting piracy in a country that has been undercutting the company's revenues for decades by stealing software. While the agreement with the Alibaba Group will only likely make a small dent in the piracy fight, in a country with 1.3 billion people, even a small dent can mean a significant boost in revenues.

We will be curious to see how much of an impact this agreement has on piracy in China. While Alibaba is a massive retailer, and a very good start for Microsoft, many counterfeit products are sold on the streets, and not online.