The London Underground - known affectionately as 'the Tube' - is the world's oldest subterranean railway network, and remains one of the largest, with 270 stations across 11 lines, serving almost 1.2 billion passengers a year. Keeping a system like this up and running is no small task, and in addition to regular maintenance, constant monitoring of critical elements is also needed to ensure that any issues that arise can be quickly resolved.

Transport for London turned to Telent, CGI and Microsoft to create a secure interconnected monitoring infrastructure for the Underground network, designed "to modernize the systems that monitor... critical rail assets by harnessing data from thousands of devices and sensors."

Just like those 'smart' refrigerators and washing machines, this is an example of the Internet of Things coming into play, adding sensors and connectivity to 'dumb' objects to understand how those objects work as part of a larger system, and monitoring their performance both in real-time and in the longer term. 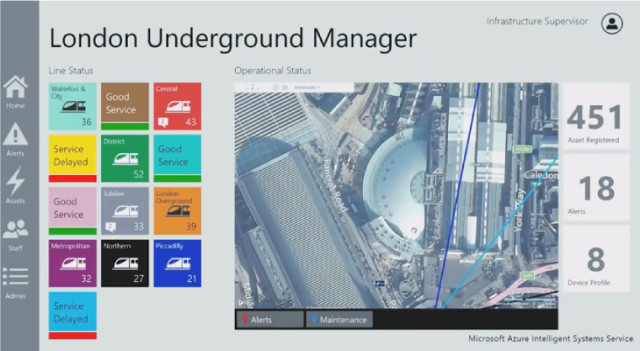 The system is built on Microsoft Azure Intelligent Systems Services, and its introduction will help to replace more labor-intensive monitoring procedures with a quicker, cheaper and more efficient system. It can monitor issues across the entire network - from spotting a temperature sensor malfunction on the Jubilee Line to scheduling routine maintenance of CCTV systems on the Piccadilly Line.

Sensors are able to track metrics such as temperature, vibrations and humidity, while even staff can be located while on duty and easily contacted to help deal with issues and situations, wherever they may be on the network. All of the data is stored in the cloud via the Microsoft Azure platform, and accessible via a customized secure access portal. 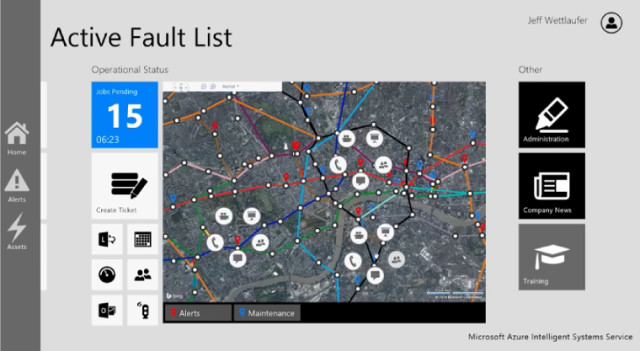 Telent managing director Steve Pears said: "Many manual monitoring processes can now be streamlined; disconnected systems can be securely integrated and automated. Most importantly, equipment degradation can be spotted in real-time, based on live data - and with new insights from data, London Underground can measure asset performance over time."

That will lead to more savings in the future and, it will also make it easier to deal with problems quickly as they arise. It may even make it easier to spot potential issues before they have the chance to impact on passenger safety or to disrupt services.

Pears added: "When one system can connect thousands of devices and data streams across a rail network serving millions of people, that's the Internet of Things - and it's here right now. That's why we chose Microsoft."

Microsoft is increasingly focusing on the Internet of Things as it embraces its 'cloud first, mobile first' future under Satya Nadella. As we reported earlier today, the company has now released a custom Windows OS designed specifically for this new class of connected devices.