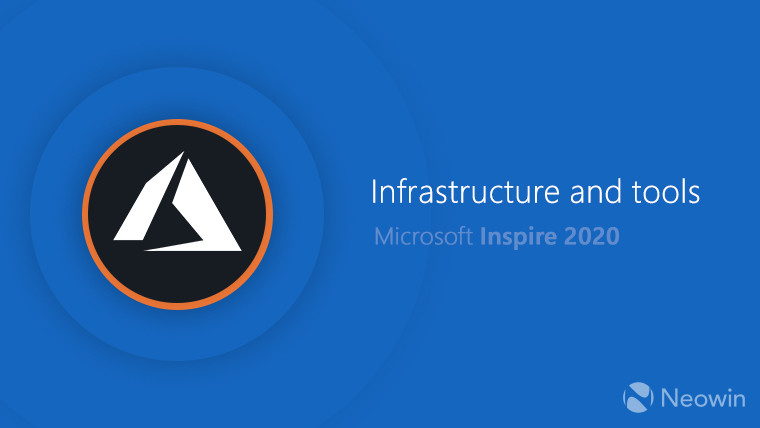 Today during its Inspire digital event, Microsoft unveiled a slew of news about not only Dynamics 365, the Power Platform, and Teams, but also infrastructure and tools enhancements for its cloud platform. For easier browsing, we’ll separate the news in this post by availability, rather than by the specific type of Azure service offered.

To begin with, it’s worth highlighting the fact that a number of updates to networking and Azure Migrate have now reached the GA phase. Among them are advanced specializations, training, and PowerShell support for Azure Migrate, as well as the ability to import and create assessments via uploaded Configuration Management Database data inside the same offering.

Although already unveiled a few days ago, Azure shared disks and Disk Storage have now been made generally available, along with some improvements to Azure Private Link, the extension of single-instance VM SLA to all disk types, support for and much more.

Rounding off this section is HashiCorp, whose HasiCorp Consul Service (HCS) on Azure is set to be made available via the Azure Marketplace on July 23 in multiple regions in the U.S., Europe, and Asia. It’s been in private beta since September of 2019.

This particular service allows folks to provision HashiCorp-managed Consul clusters directly via the Azure dashboard. Service discovery, segmentation and mesh across VMs, hybrid, on-premises, and Kubernetes environments is also possible, with operational burden being placed on HashiCorp’s experts rather than the customer.

By far the biggest announcement from Inspire in regards to available previews is the next-generation of Azure Stack HCI (hyperconverged infrastructure).

Being an Azure service, it allows users to manage Stack HCI and other Azure resources side-by-side from the Azure portal, as well as view and manage VMs running on Stack HCI via Azure Arc, a service announced during Ignite 2019 and enhanced earlier this year during Build. Needless to say, the deep integration with other services from Microsoft’s cloud like Backup, Security Center, and Azure Monitor further enhance this offering. According to Microsoft, due to its “flexible per core subscription model”, the savings are rather noticeable:

For example, in a branch-office scenario, an 8 cores server with less than 16 VMs, upfront cost for Azure Stack HCI is 2.5x cheaper than other HCI solutions in market today.

Azure Stack HCI includes Extended Security Updates for Server 2008 VMs running on it at no additional cost, as well as new features like Stretch Cluster which gives “native high-availability and disaster recovery” to extend clusters from a single site to multiple ones with ease.

Beyond the service itself, which can be used across various environments, there’s also an integrated systems option available to purchase from various partners, among which Intel and Lenovo – who’s bringing Azure Stack HCI to the ThinkAgile MX1021 edge server platform, to name but one. Azure Stack HCI can be run on existing hardware as well, if it matches Microsoft’s validated node solution.

Staying on the subject of cloud services, last access for Blob Storage is now in public preview, enabling folks to see how often and when the data is accessed. On a related note, Blob Storage now supports Network File System (NFS) 3.0 for read-heavy data workloads, also in public preview.

For the aforementioned Azure Migrate, VMware Solutions assessments and app compatibility support is now in public preview as well.

Last but not least, there’s a preview of Azure Data Factory Managed Virtual Network (VNet) support, which allows users to secure the connection between Data Factory and Platform-as-a-Service (PaaS) data stores in Azure. This is done through a private connection via Azure Private Link.