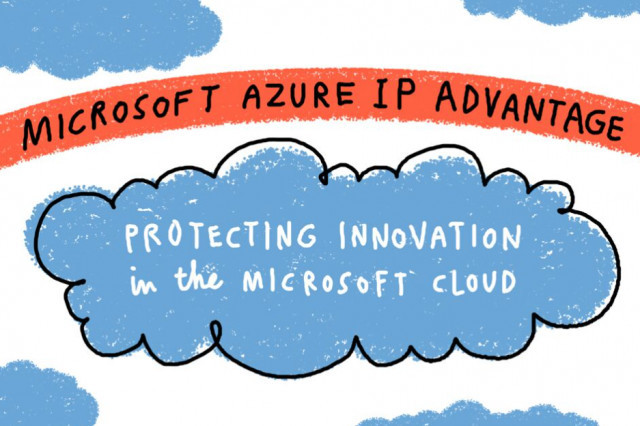 Huge companies such as Microsoft constantly apply for patent rights to help protect their innovative ideas. By securing a patent, a company can use it on its own products without concerns of being sued, license, or sell the rights to other companies.

In fact, technology companies have sometimes faced lengthy litigations against one another to establish and assert rights over technologies. For example, Microsoft and Google decided to end five years of disputes over mobile and gaming technologies.

But now Microsoft has decided to use its experienced legal team not only to protect its own direct interests but also to increase Azure's product value by protecting its customers' interests. In a blog post earlier today, Brad Smith, President and Chief Legal Officer at Microsoft, announced the Microsoft Azure Intellectual Property (IP) Advantage program.

According to Smith, "virtually every company in every sector of the economy is becoming in part a digital business". This new era of cloud-based economic opportunities is expected to generate more than $1 trillion in IT spending by 2020. But being a part of it also means having to deal with new legal challenges due to the growing risk of intellectual property lawsuits based on cloud patents.

Cloud-based IP lawsuits in the United States have increased by 22% over the last five years and in the same period, non-practicing entities (NPEs) have also increased the number of cloud-related patents acquired by 35%. NPEs hold patents but often have no intention of developing them into tangible products or services. Some of these NPEs, know as patent trolls, hold patents simply to profit by suing infringing ﻿companies. This increase in patent acquisition by NPEs is a cause for concern which could lead to future increased litigation for the sector.

These are the potential kinds of distractions that developers, businesses, and enterprises can suffer and is what the Microsoft Azure IP Advantage program wants to tackle.

"Our goal is to help foster a community that values and protects innovation and investments in the cloud. We want software developers to be able to focus on coding, and businesses and enterprises to be able to respond to the changing needs of their customers with agility without worrying about lawsuits."

In order to achieve that, the Microsoft Azure IP Advantage program will start to provide uncapped indemnification coverage to any open source technology that powers Microsoft Azure services. Also, Microsoft will make 10,000 of its patents available to its customers, so they can use them to better protect themselves in case of lawsuits against services running on Azure. Finally, Microsoft pledges that, in the event that any patents are transferred to NPEs, those patents would be unable to be used against Azure customers.

You can learn more about the program here. Also, watch out for eligibility requirements, such as the minimum Azure usage of $1,000 USD per month over the past three months, for patent picking and springing licenses.