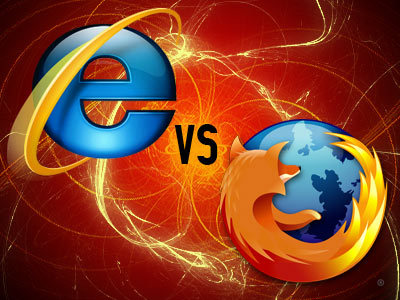 Apparently the cake was a lie. After hearing that Firefox 4 was no longer going to be receiving security updates, Microsoft was quick to pounce on the opportunity to improve their market penetration within the corporate world. Computer World reports that Ari Bixhorn, director of Internet Explorer, made a post on his blog in response to an open letter from IBM’s John Walicki. While IBM was lamenting the fact that they spent months testing their applications with Firefox 4 only to find out that security updates for the browser are no longer going to be available, Microsoft stepped in and reminded everyone that IE9 will be supported through January 2020.

Although this is simply another example of a company posturing itself to increase market share, Mozilla’s response is the part that’s perplexing. Asa Dotzler, director of Firefox, posted a response to the enterprise question, stating:

Enterprise has never been (and I’ll argue, shouldn’t be) a focus of ours. Until we run out of people who don’t have sysadmins and enterprise deployment teams looking out for them, I can’t imagine why we’d focus at all on the kinds of environments you care so much about.

Years ago, we didn’t have the resources. Today, I argue, we shouldn’t care even if we do have the resources because of the cost benefit trade. A minute spent making a corporate user happy can better be spent making many regular users happy. I’d much rather Mozilla spending its limited resources looking out for the billions of users that don’t have enterprise support systems already taking care of them.

You rarely hear a company state that they are not interested in a particular market segment, but Dotzler’s comments do make a certain amount of sense. The company has no paid support system and therefore will not risk losing revenue if IBM chooses Internet Explorer in the future. On the other hand, does the world need a new major revision of a web browser every six weeks as Dotzler suggests? Wouldn’t a corporation using your browser increase the chances that individuals will use that browser at home? Regardless, the war of words between the two companies is interesting and shows no signs of slowing down.