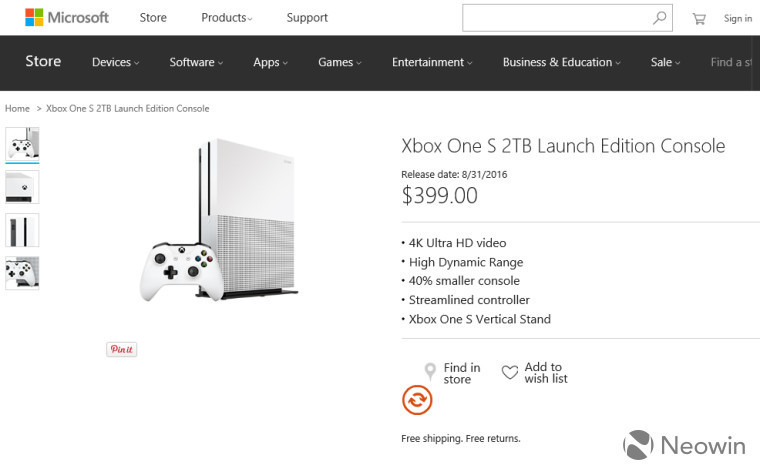 On time for the August 2nd release, Microsoft has begun shipping out the 2 TB Xbox One S Launch Edition console to pre-order customers.

Microsoft announced the Xbox One S at this year's E3 in Los Angeles with a slim design, support for 4K videos and improved processing. After initial confusion about its release date, Microsoft confirmed that the Xbox One S would be available starting from the 2nd of August, coinciding with the launch of the Windows 10 Anniversary Update. 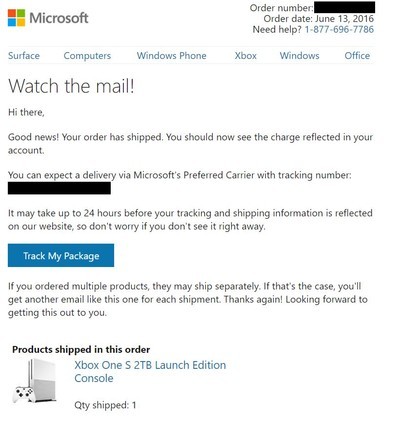 Now, it seems the company is on track to deliver the Launch Edition Xbox One S pre-orders on the release date, as it has started notifying customers that their consoles have shipped. The regular versions of the One S console with 500 GB and 1 TB storage options should also start shipping soon.

Let us know in the comments section if your order is on its way.