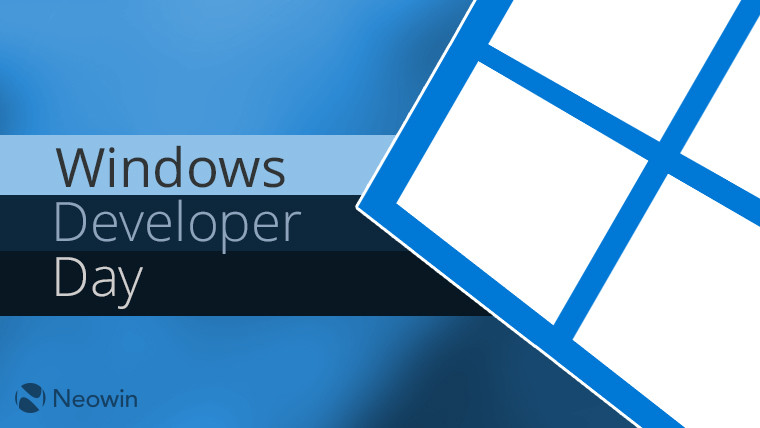 Microsoft is holding Windows Developer Day today, an event that it's been having twice a year as of late, shortly before each feature update for Windows 10. The last one was October 10, where the company announced that the Fall Creators Update SDK was available.

Today's event has a big focus on artificial intelligence (AI) and machine learning (ML). Microsoft says that with the next feature update to Windows 10, developers will be able to use pre-trained ML models in their Windows apps.

This should provide "low latency, real-time results", using the local resources of the PC to analyze things like images and videos. The firm also says that it will provide lower operational costs. The data sent to Azure for analysis is minimal, and that reduces bandwidth and server costs. The third benefit that Microsoft pointed out is rather obvious, and that's flexibility, since developers can now choose whether to process this data on the device, or in the cloud.

ONNX is "an industry standard format for ML models that is driven by Microsoft, Facebook, and Amazon Web Services", and with Visual Studio Preview 15.7, developers will be able to add an ONNX file to a UWP app and generate model interfaces in the project. This is also coming to Visual Studio Tools for AI.

Obviously, all of this stuff works better on modern hardware. It utilizes optimizations on newer CPUs, and GPUs that support DirectX 12.

Windows Developer Day isn't over yet, and there's likely to be more news, so stay tuned.