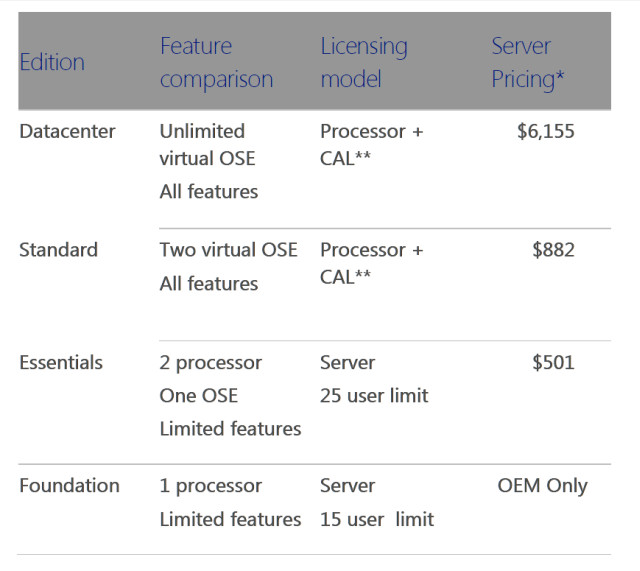 Even though the Datacenter SKU does allow for unlimited virtual installs of Windows Server 2012 R2 on licensed hosts, it's still a big price jump compared to just a year ago. In a statement sent to ZDNet, Microsoft said  the price change was "based on market conditions and based on the overall increased product value and choice."

The other three Windows Server 2012 R2 SKU prices remain the same as as last year, with the Standard version selling for $882 and Essentials priced at $501. The Foundation SKU does not have a listed price as it is designed for OEM use only.

Microsoft has yet to comment on when the final RTM version of Windows Server 2012 R2 will be released, but it's expected to be completed at the same time as Windows 8.1 sometime later this month.