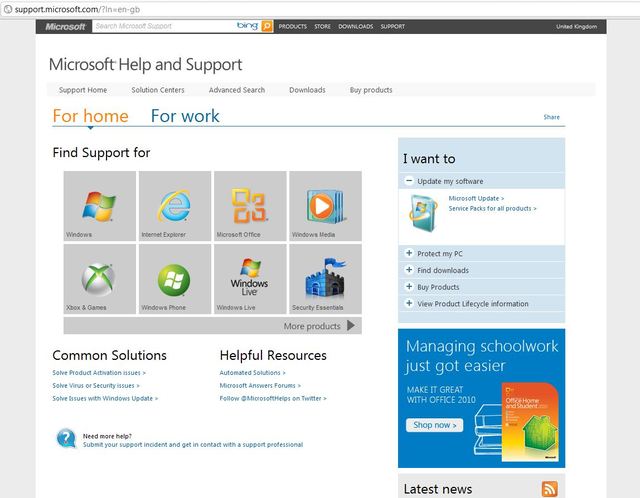 It’s no secret that Microsoft is taking its Metro design language and applying it to all of its assets. The adoption continues with the support section of Microsoft’s website.

Microsoft has been porting its Metro design language to many of its products. Metro was kick started when it was shown off on the Windows Phone platform and is now making its way to other Microsoft products including Windows 8, Xbox 360, and many of the Internet based assets that Microsoft owns.

The idea for Microsoft is to create a unified user experience across all of its products. This bold new look for Microsoft is a departure from their traditional safe and steady approach. While some do not like the look, the general consensus is that the interface works well and is a step in the right direction for the company.

The support page uses Microsoft’s now popular tile interface to separate each support area. The update is being rolled out in phases and, according to our forum users, not everyone has the updated page as of this posting.

Microsoft is gearing up for its BUILD conference next week, so you can expect to see a lot more Metro in the future.

Thanks for the tip +i11usive