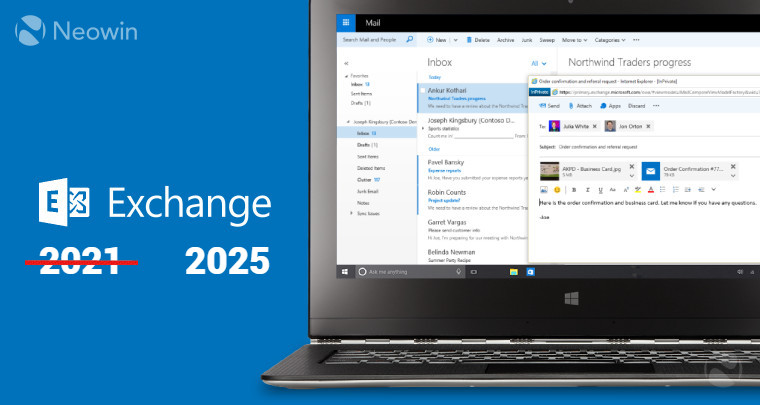 The next version of Exchange Server (let's refer to it as "Exchange Server 2025" for simplicity throughout the rest of this article) will be available only to customers with Software Assurance. It will also require a Server and Client Access License (CAL). Although we know that it will be available via a subscription model, Microsoft says that it will share more details about pricing, features, branding, and requirements in the first half of 2024.

Microsoft has also hinted that it is working on in-place upgrades for those on Exchange Server 2019. This indicates that you might not need new hardware or plan mailbox migrations when updating to Exchange Server 2025.

In the meantime, Microsoft has highlighted a bunch of improvements and features that it has introduced to Exchange Server 2019, which will continue to be its latest release for at least the next three years. You can check out the recent advancements in Exchange Server 2019 in Microsoft's blog post here.