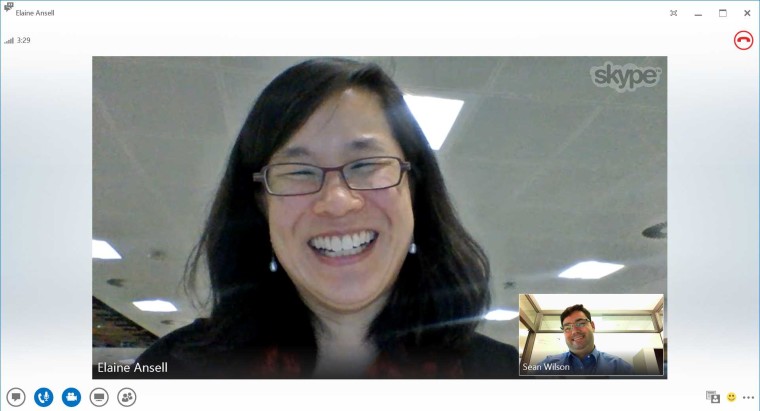 Microsoft has taken the communication relationship between Skype and Lync to another level with its latest update to both products. Users who update to the latest versions of both Skype and the Office app Lync will nowbe able to make video calls between one another.

The communications relationship between the two apps started a year ago when Microsoft enabled users of Lync to communicate with Skype users via instant messaging, presence, and audio calling directly from a user's contact list. The addition of video calling further increases the value and flexibility of Lync and shows its value to business users through both the usage of the scalable video codec H.264 SVC and the firewalls implemented for secure communication.

It's important to note that the video calling feature is currently only available on the Windows platform. Users with Windows 7 and later will be able to utilize the feature, while other platforms will have to wait. BJ Haberkorn, director of product marketing for the Lync team, did confirm they are working toward extending the video calling feature to additional platforms, which will start with Android and iOS in the months to come. Haberkorn also made it known that the team is working to tie in the worldwide SkypeID directory to Lync in the first half of 2015, when Skype for Business is scheduled to launch, so Lync users can see Skype contacts without having to manage two applications simultaneously.