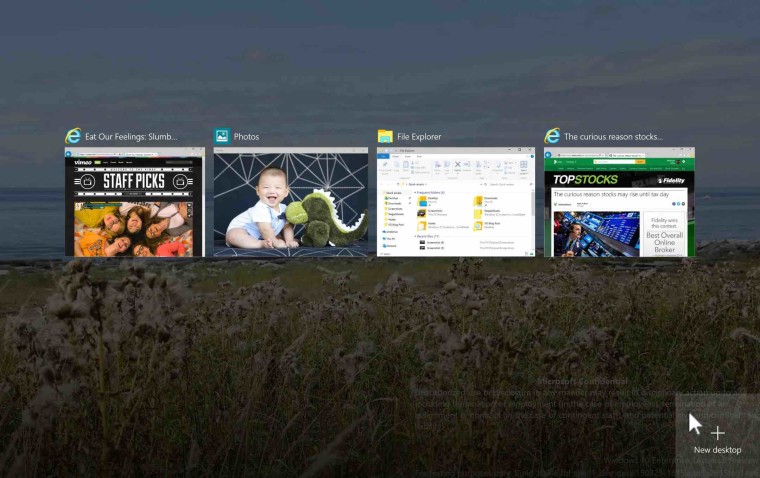 Microsoft's Gabe Aul took to Twitter to announce the virtual desktops feature in Windows 10 and the motivation behind the idea. When designing the new virtual desktop feature, the Windows team had several goals in mind to provide the user with the best possible experience. Some of the primary areas of focus included:

Naturally, those in the "Windows Insider" program have already experienced the virtual desktop feature and judging from the feedback, Microsoft is looking to expedite some improvements and upcoming features. Although it is unclear when the updates will hit, Microsoft will implement a method of dragging any window into the desktop right from task view. Microsoft is also planning to take it a step further by implementing a one step feature that will allowing you to drag a desktop thumbnail to the “new desktop” button to create a completely new desktop.

Finally, Microsoft is asking for your help in deciding how windows should be represented on the virtual desktop taskbar. Currently, there are two groups of users; one expects to only see open windows that are only on the current desktop, while the others expect the taskbar to give them access to all their open windows at once. Microsoft deems both options necessary, which is why both options will be available in Windows 10. But, Microsoft needs your help deciding which one should be the default view. As a result, they will implement a pop-up poll during your experience.