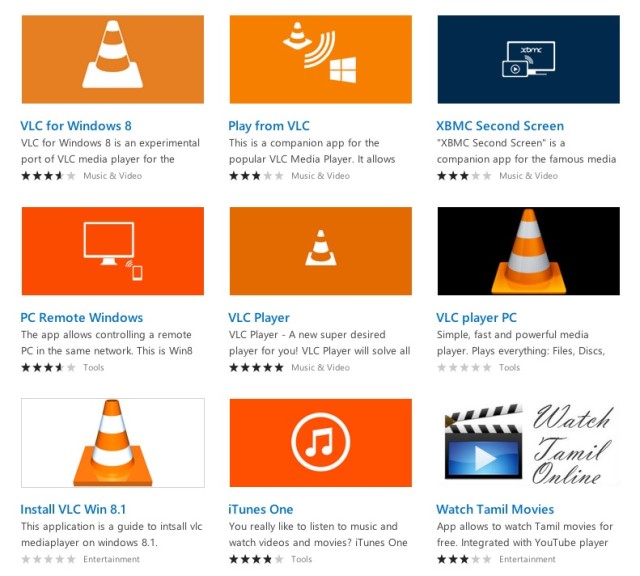 Microsoft's Windows Store has plenty of quality apps that can enhance your productivity or allow you to pass some time with engaging games. But, on the other side of the coin, there are also tons of apps that are straight up scams and all they do is take your money and provide no value at all.

For example, if you search VLC, a popular media player, you will find several options, and it is not clear which app is the official product. More so, if you click on the wrong one, it will cost you $2.49 to download an 'app' that provides you with a download link to the desktop application. There is no value for this app and yet Microsoft has let it through its filters and is live in the Windows Store. 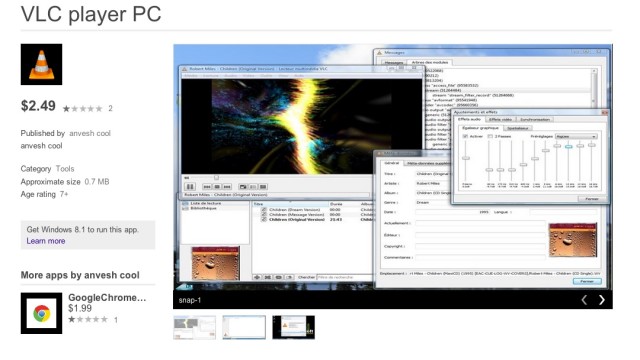 The story of the Windows Store has been making its way around the web for sometime, and the conversation was reignited after How-To Geeks dug deep into the Windows Store and uncovered quite a few apps parading around as official applications. Really, though, this is nothing new, as the Windows Phone store has had the same quality issue as well. But, Microsoft is finally starting to acknowledge that there is room for improvement in its stores:

We strive to make the Windows Store a high-quality experience for customers and also accessible to the broadest audience of developers. Based on customer and developer feedback, we recently took actions to help users discover the specific app titles they’re searching for and improve the overall Store experience. Those updates provide clear guidance to developers and also improve our ability to identify, audit and remove problematic apps. We recognize that there is more work to do and will continue to re-evaluate our policies to strike a balance between the opportunity for developers and the app quality that our customers expect.

The real proof will come when there is considerable change to the store to remove all of the apps that try to deceive users, but for now, Microsoft is at least acknowledging the issue. Of course, for Microsoft, it's a numbers game too as they want to be able to say that they have X number of apps in their stores as they compete against Google and Apple. But, if your entire store is mostly filled with garbage, is it better to say that you have a small quantity of quality apps, or an even larger quantity of crappy apps?