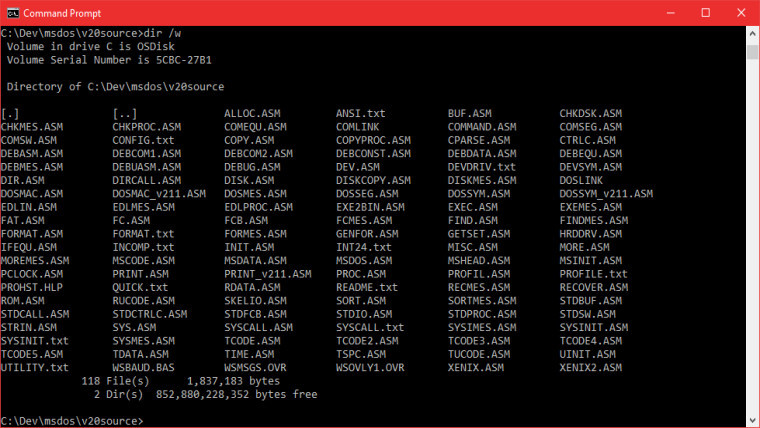 Last month, a number of articles began popping up claiming Microsoft was killing off cmd.exe, also known as the Command Prompt. This news spread quickly, and was of course, immensely unpopular amongst IT professionals all over the world considering how heavily it's used for scripts and software development, among other things.

The only problem: it wasn't true. Microsoft merely set the Power Shell as the default command line interface in the WIN-X menu. This move was misinterpreted by some as Microsoft completely removing cmd.exe from Windows, and much digital ink was spilled about how terrible this move was.

Earlier this week, Microsoft took to its MSDN blog to debunk this rumor once and for all, clearly addressing what caused the hub bub. It also pointed out that cmd.exe is vital to the actual development of Windows itself, so it's obviously not going anywhere.

The article provides some interesting insight into how popular cmd.exe is, and also addresses the belief that the Command Prompt is actually MS-DOS (it's not). You can check out Microsoft's detailed blog post by hitting the source link below.