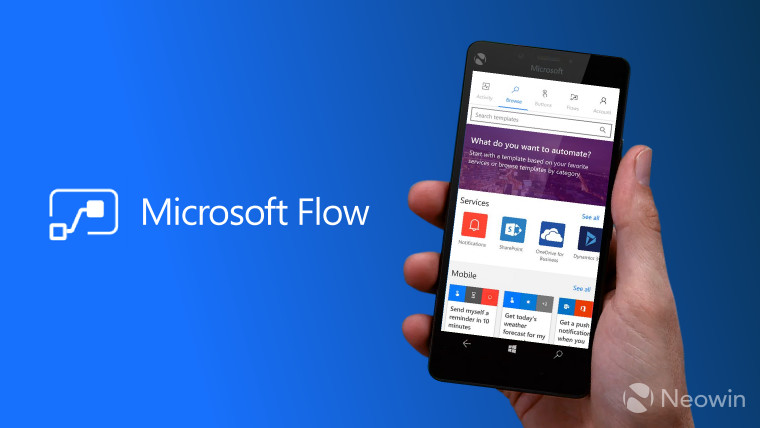 Earlier this month, Microsoft announced a beta for Windows phones of Flow, its IFTTT-style app designed to allow businesses "to mash-up two or more different services", creating automated workflows. Microsoft originally unveiled Flow a year ago, and after releasing a beta for iOS last June, and for Android in August, the app officially launched on those platforms in October.

Two weeks ago, Microsoft said that users could email the company if they wished to trial the beta app "for Windows Phones". Shortly after that announcement, it deleted its blog post, and replaced it with another near-identical version. Since then, Microsoft has quietly edited that second post again, completely changing its text and deleting any references to having to email to sign up, although the post is still dated April 3.

A more significant change is that the post now refers to the "Windows Phone App Beta for Windows 10", clarifying that "the App is only available for Windows 10 OS, not supported on 8.1" - a detail that wasn't previously mentioned in either of its earlier posts. It's not entirely surprising, though, given that Windows Phone 8.1 is three years old, and Microsoft is focusing now on supporting a more limited number of devices running the latest version of Windows 10 Mobile.

As Windows Blog Italia noted, the app is now publicly available on the Windows Store, with no indication that it's still in beta. The app's listing describes its key features:

You can download Microsoft Flow for Windows 10 Mobile from the Windows Store - but be aware that it's only supported on devices with 2GB of RAM or more.