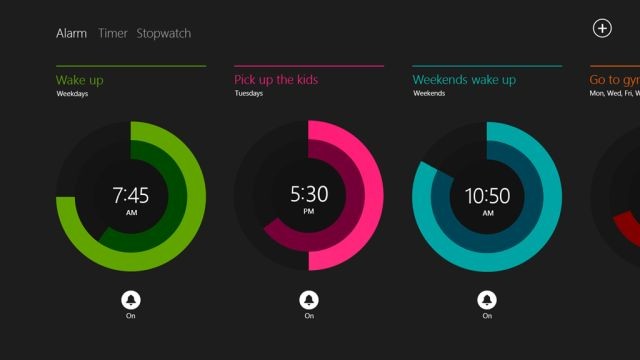 It's finally official: Microsoft will launch Windows 8.1 as a free update for Windows 8 PC owners on Oct. 18. Along with that launch, Microsoft will also be updating many of its in-house Windows 8 apps with new features.

Along with the new features, Microsoft will also be adding some changes to the overall design of Windows 8 apps with the Windows 8.1 update. In new blog post, Microsoft goes over some of those design changes that other app developers can use in their own creations.

Windows 8.1 will include a new Alarms app and Microsoft says that its typography is an important part of its design. The blog states that the time inside the app uses a 32 point Segoe UI Light font. The colored circles around the time are the same as the labels that hover over each alarm in the app. 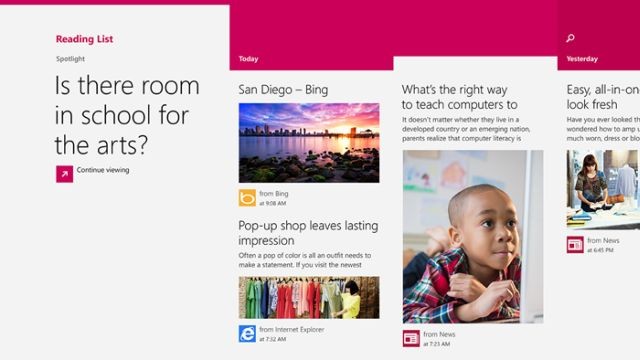 The new Reading app in Windows 8.1 also tries to use color in new ways compared to other apps. Microsoft states, "Swatches of color that begin at the group headers and reach to the app’s edge make the app feel immersive and provide visual cues about the freshness of content, getting darker for older content."

Microsoft has also developed a new UI bar for apps that use Windows 8.1 that show navigation commands. Microsoft stated, "It scales to handle many links and can show one or more levels of hierarchy." The new nav bar is also used in the Windows Store itself. Even text editing in Windows 8.1 has been improved so that users can better select words on a touchscreen.