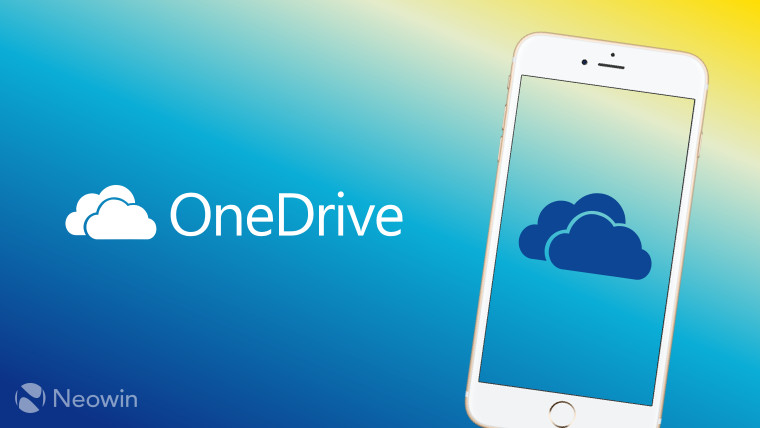 Microsoft is rolling out a major update for OneDrive on iOS, bringing some handy new features to the app. The rollout actually began a few days ago, but as Paul Thurrott noted at the time, Microsoft made no announcement about its release. That's quite a surprise given that the app has been fully rebuilt from the ground up.

"This release has been in the works for a while, but OneDrive 9.1 for iOS is here!" Microsoft's Stephen Rose said. "Under the hood, we've completely rewritten the app, so we can bring you bug fixes, performance improvements, and new features faster than ever before."

To mark the release of such a significant update, Rose added, Microsoft is "rolling out the following features over the next week" to Office 365 subscribers:

Multi-page scan
It's easier than ever to go paperless with the ability to scan as many pages as you want and save those pages into a single PDF. In addition, you can now crop, rotate, or delete those scanned pages. Full page documents, business cards and even reciepts can now easily be scanned. Now you can safely retire that old scanner as its services are no longer needed. :)

Offline folders
We've heard your feedback and know that downloading one file at a time is no fun and you aren't always connected to the Internet when you need to access that important file. We wanted to do something about that, so we are rolling out the ability to take any folder offline in OneDrive and SharePoint. You can take a folder offline by tapping and holding on a folder and then tapping the new offline command.

Discover interesting documents
Using a work or school account? We added a new view to help you discover interesting and relevant documents based on who you work with and the content that you work on. Take a look at this personalized view by going to the Shared tab and sliding over to the Discover pivot. Let us know what you think.

Rose said that these features are still "rolling out, so you may not see them for a few days", and promised that "there is more on the way".