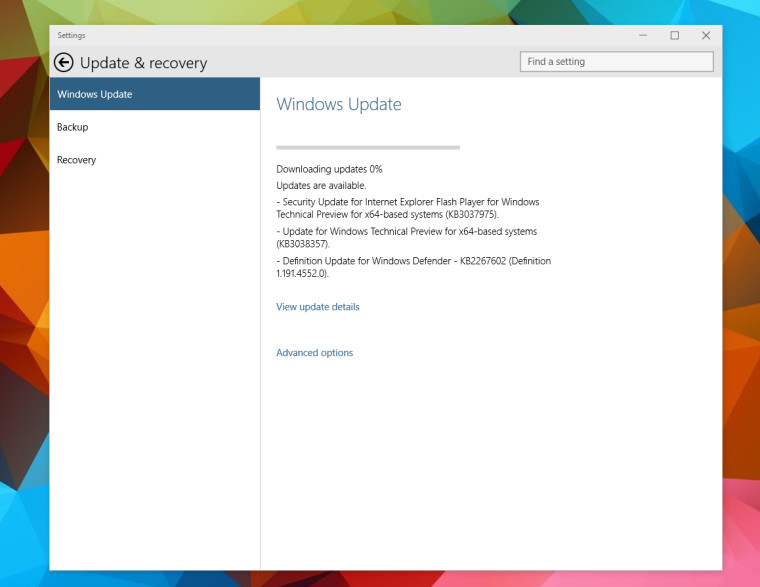 Microsoft has released two patches for Windows 10 users and you can download them now by going to Windows update and having the OS look for new patches.

The patches are numbered KB 3038357 and 3037975 but at the time of this post, the details of the patches are not up yet on Microsoft's site. But, based on the Windows Update prompt, patch 3037975 is closing a vulnerability with Flash and as soon as Microsoft's patch pages go live, we will update this post.