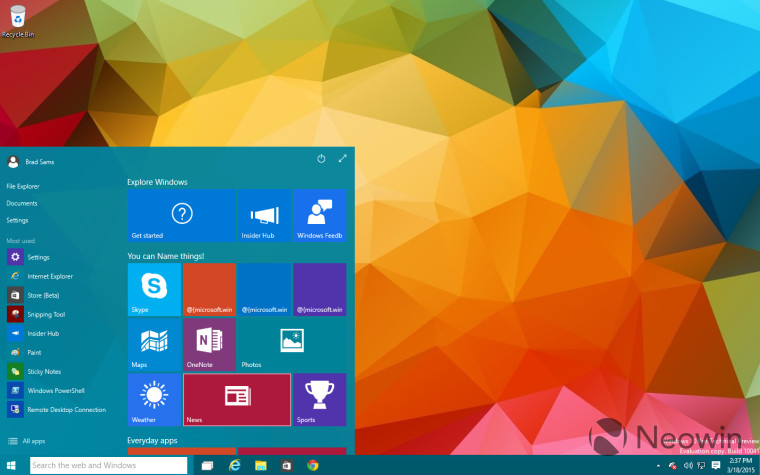 Microsoft has announced today that Windows Insiders in the 'Slow' ring will now have access to Windows 10 build 10041. In addition to the Slow ring deployment, there are also three new updates for Fast ring users too.

The three patches will make the platform more stable, which is likely why build 10041 is now rolling out to the Slow ring. The three patches for Fast ring users address an issue with sharing a desktop in a meeting using Lync; resolve a problem that may result in a transparent Start screen and Task view, or transparencies when snapping or dragging windows; and can cause desktop thumbnails to appear as black squares, and there is a security update too.

If you are in the Slow ring, the build should start appearing right about now, but know that it does take time for the update to rollout, so be patient. If you are looking to see what is new in this release, you can check out our gallery here.

The next obvious question for Insiders becomes when will the next build be pushed out for Fast ring users. Microsoft made it clear that they were going to start using the two-ring system more effectively and now that both rings are on 10041, it would make sense that a new build is on the horizon.