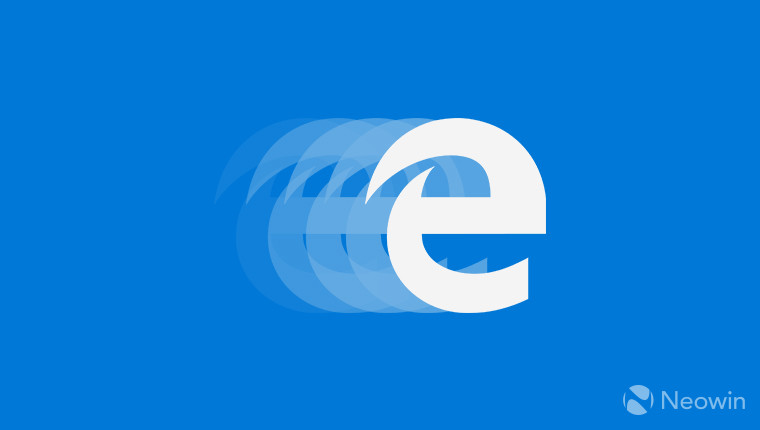 Microsoft made a surprising decision to release the Windows 10 October 2018 Update earlier this week, at the event where it also announced the refreshed Surface Pro 6 and Surface Laptop 2, as well as a much-improved Surface Studio 2 and the all-new Surface Headphones. In light of the launch of that update, the company has now published a blog post going over some of the biggest changes made to Microsoft Edge in the latest release of Windows 10.

The most notable change for the majority of users will be in the design. The ellipsis ('...') menu in the top right corner is now much more compact and organized and it also features icons for the majority of the menu items, making it much easier to understand and navigate. From there, you can access the redesigned settings interface, which is now divided into four categories. This includes the advanced settings page, which previously required users to scroll to the bottom of the main page to be accessed. The Hub has seen a similar redesign, with its four sections now being displayed on a sidebar that has a touch of Fluent Design.

Inside the new settings, in the 'Advanced' tab, you'll find a new option to control automatic media playback when visiting websites. This is a general setting, but you can also control it on a per-site basis through the 'Show site information' button next to the URL bar on any webpage you visit. There are three settings for this: Allow, Limit, and Deny. The first and last ones are fairly easy to understand, but the Limit option essentially allows videos to play automatically only when they're muted.

Edge also includes some improvements to reading mode, with the addition of Line Focus to reading mode. When viewing a page in reading mode, users can now choose to highlight a select number of lines at a time while blocking out the surrounding content. This should make things easier for those who may have trouble reading texts with many lines.

Additionally, users can now select and right-click a word within books, PDF files, and web pages in reading mode to look up its definition even if the computer isn't connected to the internet. Availability for this feature may vary depending on the language of the selected words, and possibly your system language as well. There are a few smaller improvements as well, including better support for PDF files and an improved download manager. You can check out the full changelog here.

Developers also have a ton of improvements to look forward to in the latest version of Edge, which includes version 18 of the EdgeHTML rendering engine. Among the many enhancements, this release brings support for the Web Authentication API, which allows users to use Windows Hello to sign in to websites, as well as hardware-based authentications methods such as FIDO2 Security Keys.

There are other improvements to many core aspects of the browser's functionality, including updates to Service Workers, better support for CSS masking, and an improved Chakra JavaScript engine with better performance and interoperability. Support for new Web Notification properties has also been added, and the WebView control now supports Service Workers in UWP, Win32, and PWA, though only the latter supports the Push API for now.

Microsoft has also updated its WebDriver implementation in Windows 10, and it now passes 1222 of 1357 web platform tests, according to the company. WebDriver is now also a Windows Feature on Demand, which can be installed through the Settings app. For all the technical details regarding what's new for developers, check out the official blog post from Microsoft.

The list of changes in the latest version of Edge is quite significant, but Microsoft's browser may still be hindered by the infrequent update cycle, which is linked to Windows 10 updates. Other major browsers typically receive major updates every six weeks, which may give them more opportunities to improve over time.