With E3 just around the corner, it's no surprise Microsoft have started teasing its fans, and a new Xbox One video hints at the latest entry in the Halo series.

The promotional video, entitled "Xbox One Design Show," was uploaded on the official Xbox channel on Thursday. Microsoft previously confirmed a Halo game would be available in 2014, although rumors and Microsoft statements have led to speculation it will be a remake of "Halo 2," with the next original entry in the series believed to come in 2015. 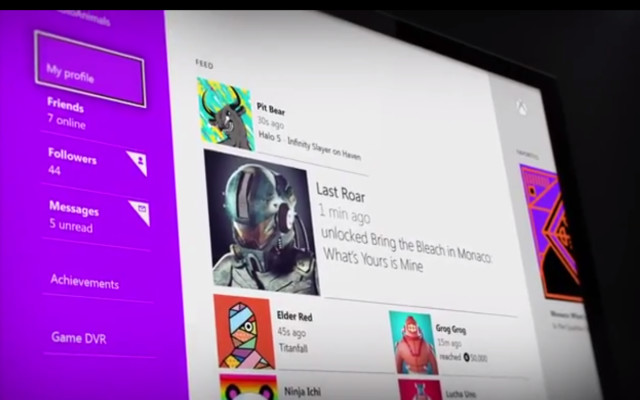 At first glance, the video is nothing more than Microsoft showing off the Xbox One in all its glory, including the use of Xbox Video and Xbox Music. However, at around the 48 second mark on the social page, fictional Xbox One user "Pit Bear" is shown as playing "Halo 5, Infinity Slayer on Haven." Of course this is only a text hint, but as E3 is a matter of weeks away, it wouldn't be surprising if we saw another game in the series.

The Halo franchise has been one of Microsoft biggest money-makers for its Xbox line, with each entry selling millions. Microsoft also plans to launch a Halo TV series, which will be executive produced by Steven Spielberg.