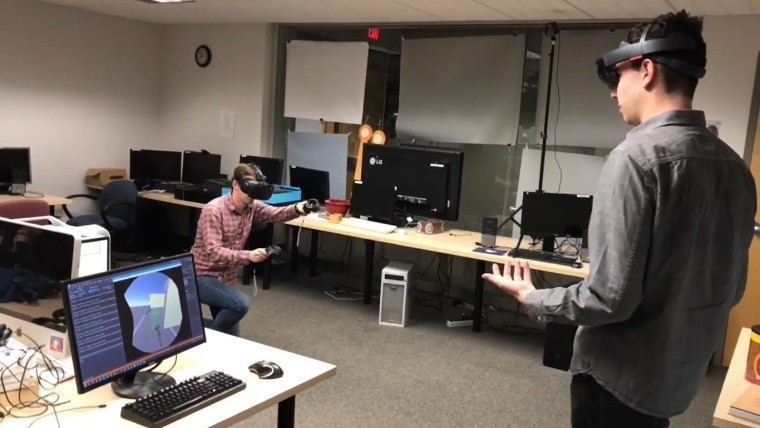 Microsoft HoloLens was unveiled by the company back in 2015, and has since then, caught the attention of different sectors, such as the Royal Australian Air Force and the 3D modeling company SketchUp. HTC Vive was also unveiled in the same year, and was created in collaboration with Valve. Consumer interest could be measured last year, when HTC managed to sell 15,000 units of the VR headset in the first 10 minutes of availability.

As can be seen in the video demonstration below, Gottlieb's "HoloViveObserver" app aligns the two worlds created by each device. It does so by searching for the virtual reality environment through Microsoft HoloLens and aligning them using a physical VIVE controller and a virtual one. Once this setup is complete, a new, shared reality environment is created.

Finally, Gottlieb has made the HoloViveObserver app open source, and it can be downloaded here. Of course, to make use of it, one needs to have access to both the HTC Vive and Microsoft HoloLens.